Economic Growth Dialogue: The Time to invest in Europe in Now!

The European Commission on November 9th 2018 gave an optimistic view of the EU economy, saying that it is “on track to grow at its fastest pace in a decade this year.” According to the EU executive’s Autumn Economic Forecasts, the Eurozone economy will grow by 2.2 percent this year, 2.1 percent next year and at 1.9 percent in 2019 making this the highest growth rate in the past 10 years. 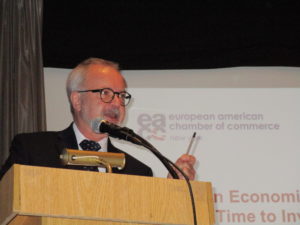 With adjustments in the Chinese economy and possible protectionist measures by the US, what could such growth mean for investors? What are the potential investment opportunities in Europe, which are presenting themselves to investors?

How has the Investment Plan for Europe, the so-called Juncker Plan, created jobs and boosted growth? In what ways can the European situation be compared to the United States and what reform packages implemented in Europe could work on this side of the Atlantic?

Speakers provided a global economic outlook, elaborated on how coordinated efforts at European and international level put Europe back on track and what their views were on the transatlantic relationship in the global economic context. 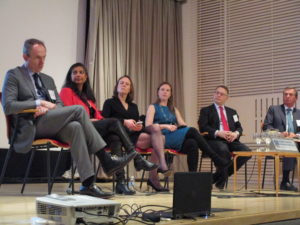