April 19, 2013 — The State of the EU Banking Sector with Erkki Liikanen

The European American Chamber of Commerce New York in co-operation with SIFMA and the Consulate General of Finland in New York hosted Erkki Liikanen, Governor, BANK OF FINLAND and Chairman of the EUROPEAN COMMISSION’S HIGH-LEVEL EXPERT GROUP. 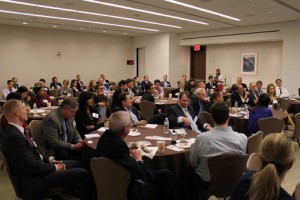 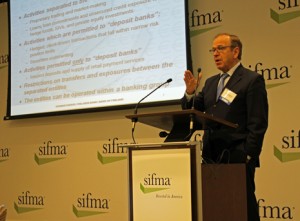 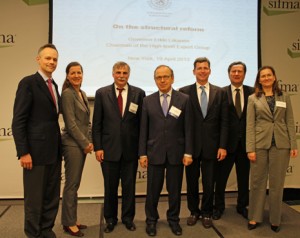 In this context:
Commissioner Michel Barnier in November 2011 announced his intention to set up a High-level Expert Group to examine possible reforms to the structure of the EU’s banking sector. In agreement with President Barroso, he appointed Erkki Liikanen as the chairman. Erkki Liikanen is Governor of the Bank of Finland and a former member of the European Commission. The Group’s members were announced on 22 February. The Group presented its final report to the Commission on 2 October 2012.

Its mandate was to determine whether, in addition to ongoing regulatory reforms, structural reforms of EU banks would strengthen financial stability and improve efficiency and consumer protection, and if that is the case to make proposals as appropriate.

Statement and speech of the Chairman