In cooperation with EACCNY, Euronext hosted its 2nd annual Pan European Days at the New York Stock Exchange on May 19, 2014.

This high-profile forum brought together over 200 businesses executives and investors – among the 50 companies with up to €400 billion in market capitalization that are listed on Euronext’s continental European markets (Amsterdam, Brussels, Lisbon and Paris), and around 250 investors from the United States.

Sponsored by Euronext in partnership with the European American Chamber of Commerce New York as well as key European investment banks ING, KBC, Millennium BCP, and Société Générale, Pan European Days provided leading European companies a platform to directly address the financial community in the United States.  It also offered investors an opportunity to directly interact with CEOs and CFOs of Europe’s leading Euronext-listed companies, and learn more about opportunities on NYSE Euronext markets with around 500 one-on-one and small group meetings.

Pan European Days started with a half-day conference on both the current state of European economy as well as economic developments in the European market, bringing together European government officials, chief economists from leading financial institutions, and investors. 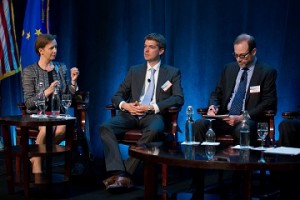 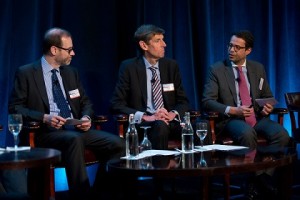 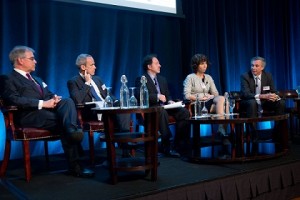 On May 20th, 2014 a select group of sponsors and guests were invited to witness the ringing of the opening bell by Isabel Castelo Branco, Secretary of Treasury, Portugal, among them James Rosener, President of the European American Chamber of Commerce.