On June 1, 2015 Euronext, in cooperation with the European American Chamber of Commerce hosted its third pan-European days in the United States aimed at raising the profile of its European listed companies among US investors.

The program was attended by over 200 U.S. and European business executives and investors representing nearly 60 large issuers from across all the Euronext countries, with a market capitalization of above  €400 billion ($445 billion). 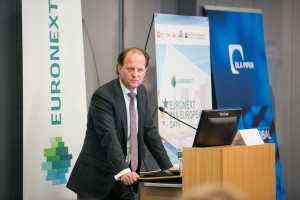 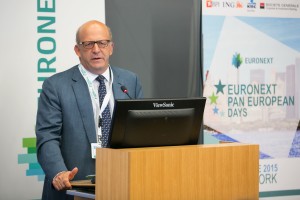 Jos Dijsselhof, Interim CEO and COO of Euronext, said, “Our pan-European days are warmly welcomed by issuers and investors alike and each year we increase the participation from both audiences.  Euronext’s strategy is underscored by our desire to be the leading financing centre in Europe.  In 2014, the total capital raised on our markets topped €104 billion, a significant increase on the €92 billion raised in 2013, of which €50 billion was raised through equities compared with €32 billion in 2013.  It positions Euronext as the second largest exchange in Europe and the sixth largest globally.  This event is one of the key moments of the year for our listed companies allowing them to raise their profile among this important investor base.” 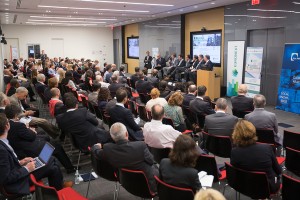 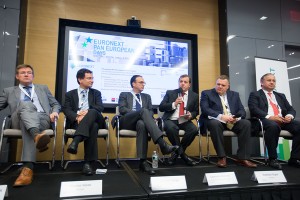 The program included discussions about :
• What every US investor and European company need to know about Global Financial Regulation.
• Europe picks up the baton: This panel discussed whether the economic foundations of the out-performance of European markets will be sustained. Recent volatility in the bond market has illustrated the lack of consensus about the effects of quantitative easing. Meanwhile, panel will also address the question of whether the recovery can continue to gain momentum against a background of a febrile, if familiar, political climate.
• Perspective from European market leaders: Top-level discussion by American and European finance officials & industry leaders on the current economic developments of the European Market. 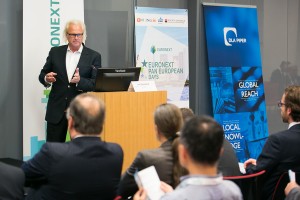 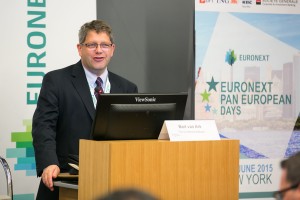 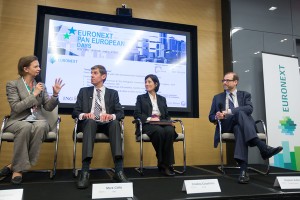 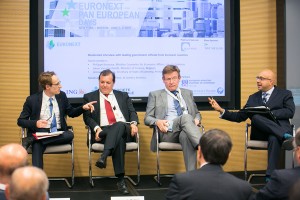