On June 7, 2016 Euronext, in cooperation with the European American Chamber of Commerce hosted its 4th annual pan-European days in the United States.

The program was attended by over 200 U.S. and European business executives and investors. This half-day transatlantic business forum brought together senior government officials, issuers and institutional investors.

The program outlined the EU Commissions Investment Plan for Europe, explained the confidence the EIB has in the European Economy, and examined the EIB’s plan to invest 800 billion into the EU. That discussion was followed by a panel with a select group of European finance officials and ministers on the current economic developments of the European Market.

The program concluded with an Update on European Banking Union & Capital Markets with
• Ignazio Angeloni, Member of the Supervisory Board of the European Central Bank, Visiting Fellow at Bruegel
• José Viñals, Financial Counselor, Director of the Monetary and Capital Markets Department, International Monetary Fund
Moderated by: John Bruton, Former Irish Prime Minister and Former EU Ambassador to the United States. 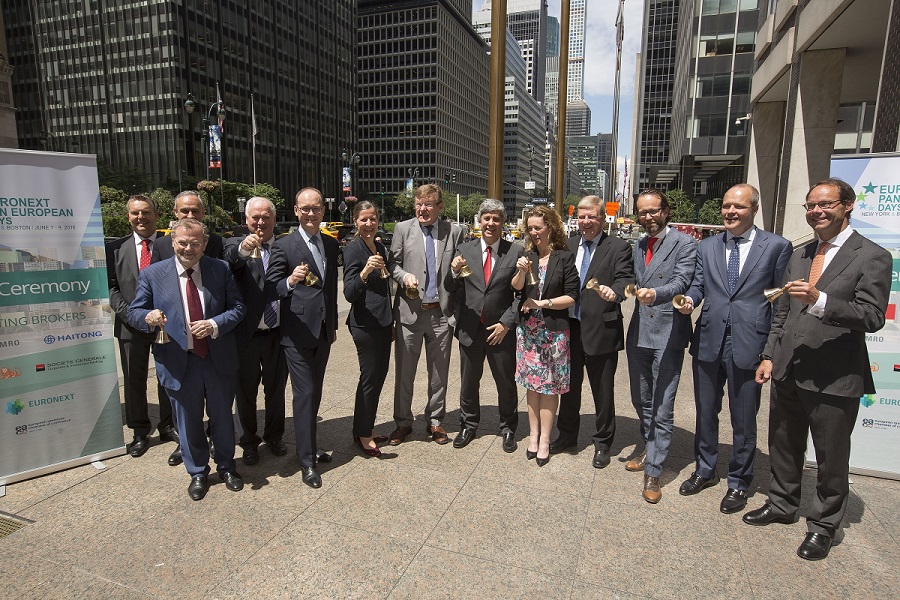