The European American Chamber of Commerce hosted European Commissioner for Economic and Financial Affairs, Taxation and Customs Pierre Moscovici for a fireside chat as part of our Autumn Program line up.

New York Times Economic Scene Columnist Eduardo Porter moderated a discussion with Mr. Moscovici, where discussed:
the state of transatlantic economic and financial affairs the future of customs in a post-brexit world an update on transatlantic taxation
and answer questions about the European economy.

Other topics of discussion included:
Unfinished business: the next steps in deepening the Economic and Monetary Union
Protecting against protectionism: Outlook and risks for the European economy
What’s next: prospects for the EU after the 2019 European elections 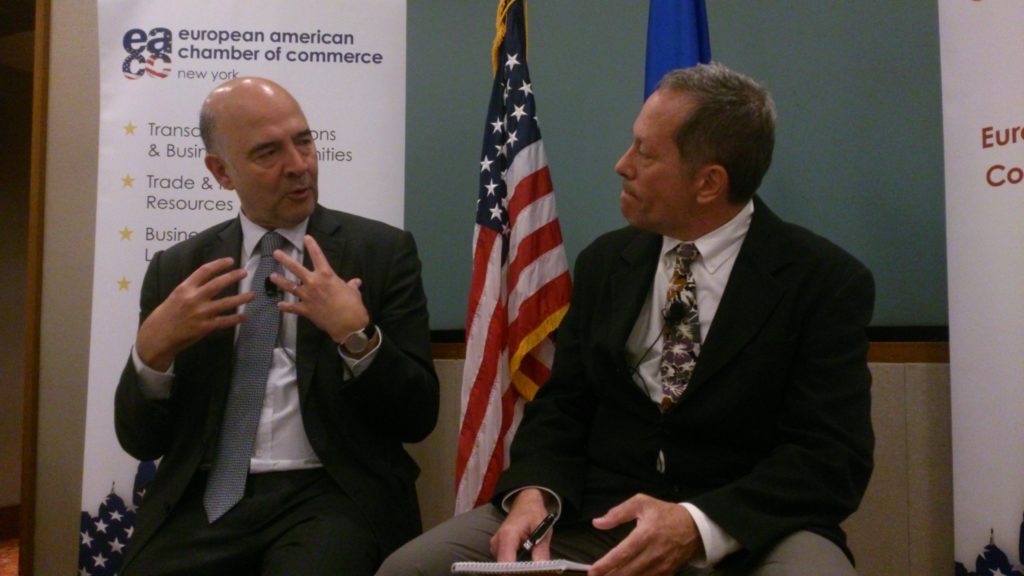 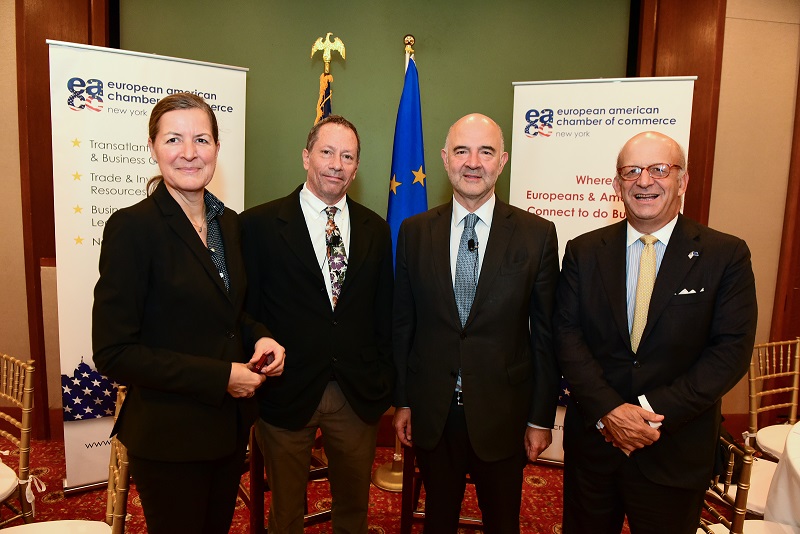 Video of the Program can be viewed here: