On November 21, 2014, in partnership with the Embassy & Consulate of Sweden and Bloomberg L.P., the European American Chamber of Commerce New York EACCNY held a private breakfast for the recently-elected Prime Minister of Sweden, Stefan Löfven. 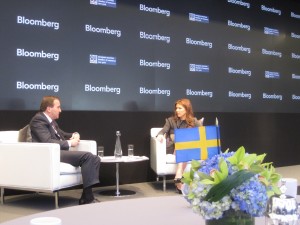 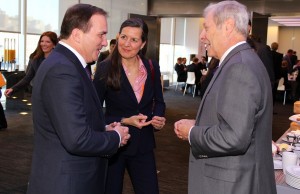 The program was part of a select group of meetings held as part of the Prime Minister’s first visit to the United States, since he has taken office.

At this Newsmaker Breakfast, Prime Minister Löfven was interviewed by Bloomberg TV’s Trish Regan. The Prime Minister highlighted some of his core beliefs about the role of the Swedish government and its role within the European Union, he emphasized the importance of European unity for continued economic recovery. 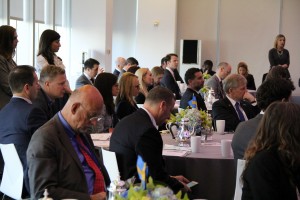 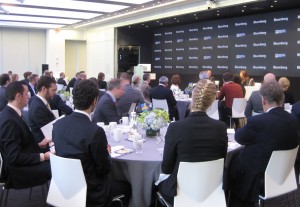 The conversation also addressed his role as the head of a minority coalition government, the Prime Minister Löfven stressed the importance of the government’s role in supporting education, job creation, and welfare and ultimately creating a “win-win-win” for Swedish citizens and businesses, as well as for the Swedish and European economies in general. 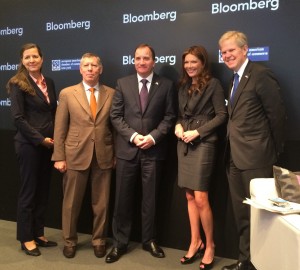