The EU Commissioner was accompanied by members of his cabinet and the European Commission’s Principal Advisor to the Director General in charge of Internet Governance. 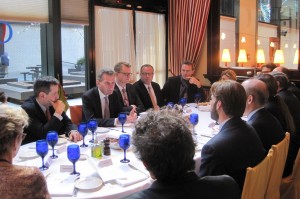 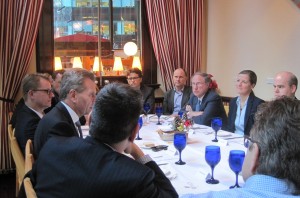 During the Private Lunch, the a select group of guests of the EACC NY had the opportunity to discuss the Digital Economy, including the ambitious legislative steps towards a connected Digital Single Market across all EU member states.

The EU Commissioner addressed questions and concerns and provided an update on the ongoing reform of the EU’s telecom regulation, data privacy rules and efforts to streamline the regulatory environment across the EU. Also discussed were plans to develop measures to make online communications and data flows more efficient and secure. Both highly relevant topic in today’s increasingly digitized world.