On December 2, 2015 the European American Chamber of Commerce in New York in cooperation with the Embassy of Slovenia in the U.S hosted a Private Breakfast Briefing & Business Dialogue with Prime Minister of Slovenia H. E. Miro Cerar. 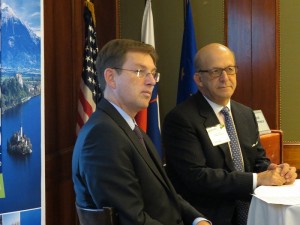 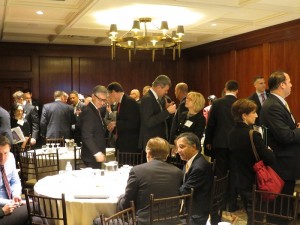 New York was the starting point of the Prime Minister’s first visit to the United States.  He was accompanied members of his cabinet and the CEO of the Bank Asset Management Company (BAMC) who discussed privatization projects and the restructuring of remaining distressed assets. 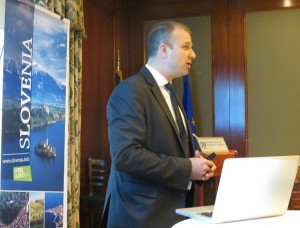 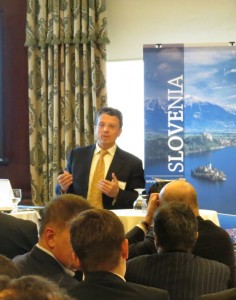 Part of the Prime Ministers entourage was also a delegation of C-level business executives from some of Slovenia’s key industrial sectors, they included: Banking, Home Appliance, Oil/Petrol, Telecom, Industrial Technology/Manufacturing, Insurance, Infrastructure, as well as Science & Research Institutions and other Academia.

The Slovenian delegation and the US guests of the EACC NY had the opportunity to network in an intimate setting to discuss investment and business opportunities in Slovenia, and their plans for expansion in both Slovenia and the United States.