April 12, 2013 – EU Commission President Barroso delivered a keynote speech on the “New Transatlantic Partnership for Growth & Jobs” in New York. The topics discussed focused on EU-US partnership to facilitate growth and improve employment opportunities. The event was co-organised by the European American Chamber of Commerce (EACC) New York and by Bloomberg LP.

Below are a few exerpts of what President Barroso had to say:
“I don’t underestimate the current difficulties (…) we are still many challenges ahead. But we are making progress, in spite of all the difficulties. We have seen the recent developments in Cyprus. And let me tell you, I’m very happy with the results of today’s Eurogroup meeting where the programme for Cyprus was confirmed and approved for all members of the euro area. I was also noting with satisfaction the agreement on the extensions of maturities for Ireland and Portugal, which will help those countries in their so far successful steps to re-enter the markets.” 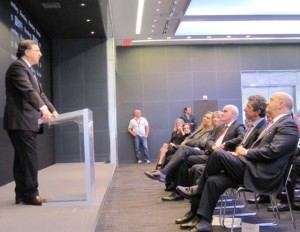 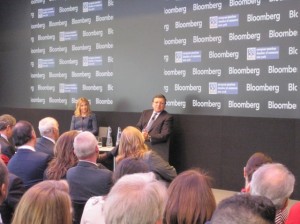 “Our partnership has developed into the most prosperous and dynamic economic bond in the world ever, and it still is, accounting for nearly half of global GDP and almost one third of world trade.” “We will work towards new, global standards for business. And we should set the benchmarks of an open, modern trade policy as well.”

“We are expressly committed to using these negotiations to go beyond bilateral issues, taking advantage of our combined weight to strengthen the multilateral trading system.” “We need to be realistic, so we aim to negotiate a ‘living agreement’ – one that not only removes the main trading obstacles of the past, but that looks just as much towards the future” 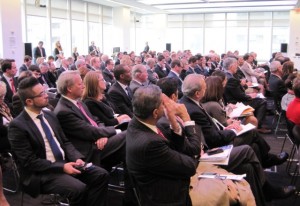 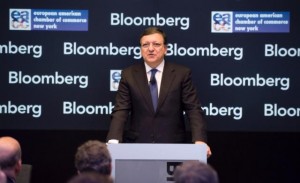 “On both sides, we will not compromise on our high levels of health and safety standards, on consumer and environmental protection. Our citizens and our societies would not allow that to happen.”

“These negotiations will further intensify the economic relationship between the United States and the EU, two economic giants eager to be as successful in the future as they were in the past. But most of all, they will reaffirm the global role and responsibility of both partners, which goes much beyond economics.” 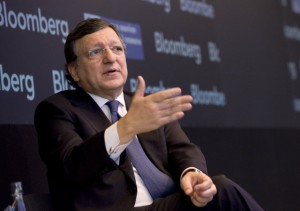 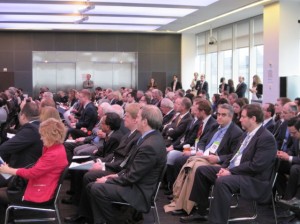 The full speech is available on RAPID