The Future of Global Trade with Pascal Lamy

On Thursday, May 10, the European American Chamber of Commerce in New York hosted former Director-General of the World Trade Organization Pascal Lamy for a private breakfast focused around the future of global trade. 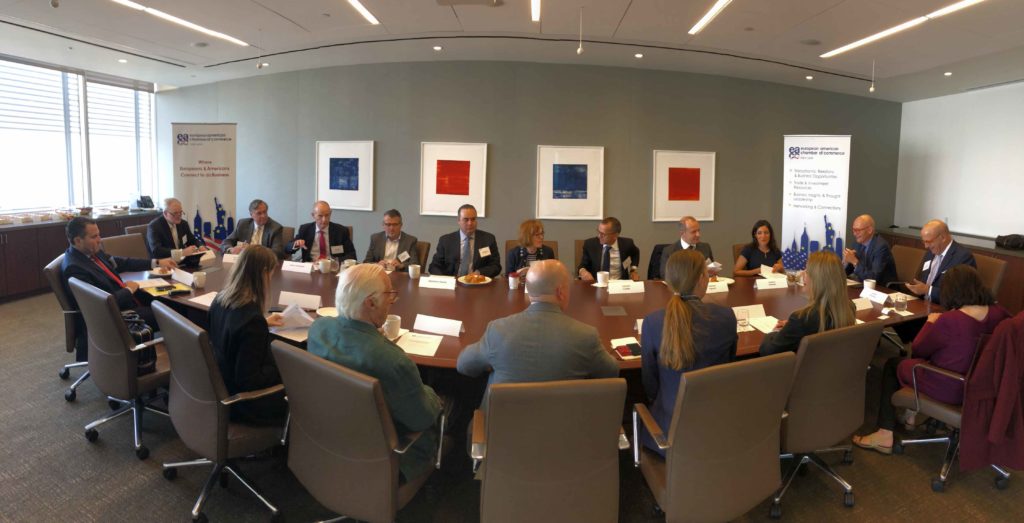 The conversation was open to EACCNY members by invitation, and consisted of high level officials from the private and public sectors.

Among the many topics covered by Lamy and EACCNY’s guests were Brexit, the future of free trade agreements, the WTO’s role in trade and globalization, and how best to update the WTO’s rules and regulations for the 21st century.

View Mr. Lamy’s thoughts on the state of global trade in an EACC Insights piece here