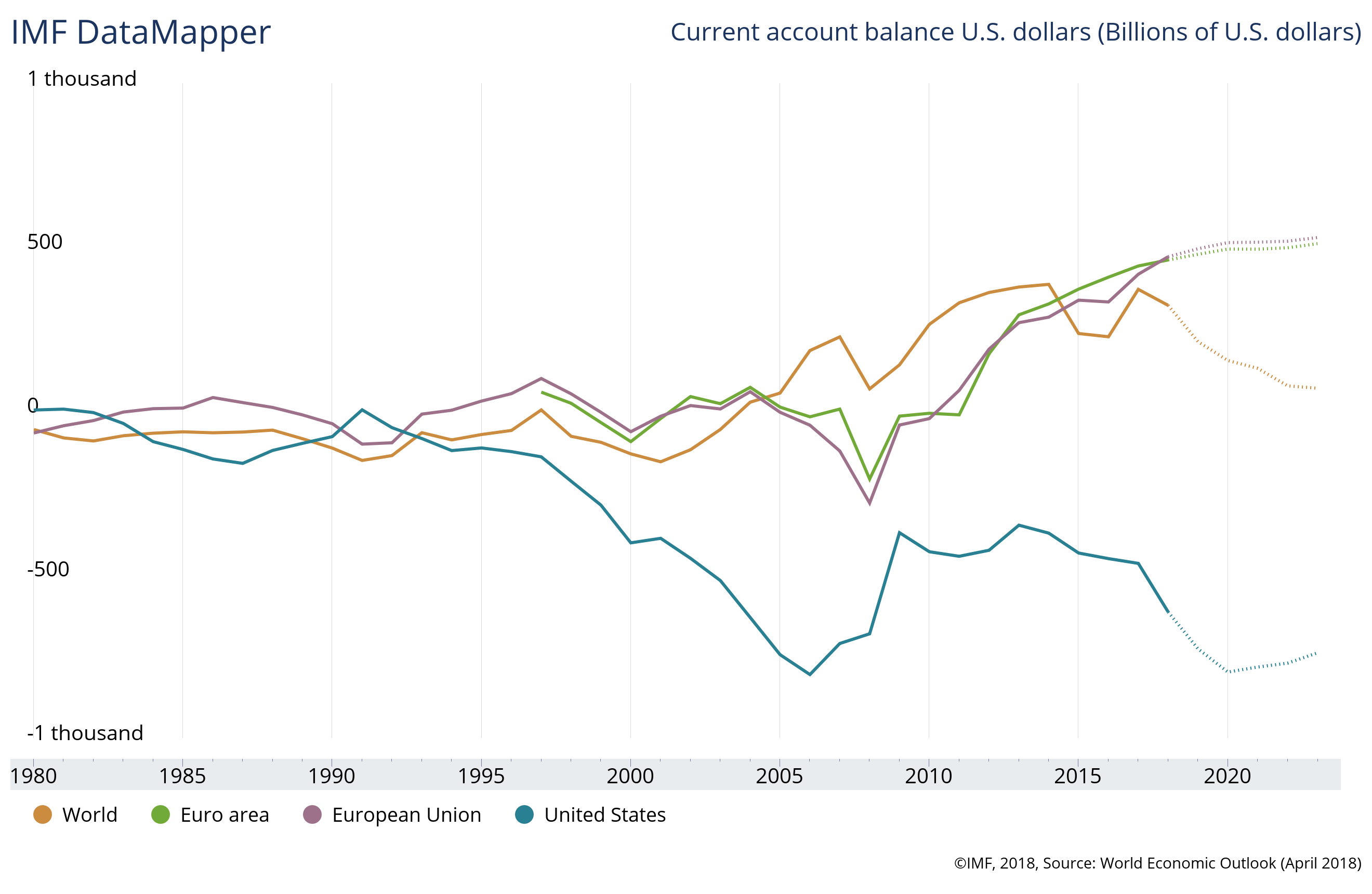 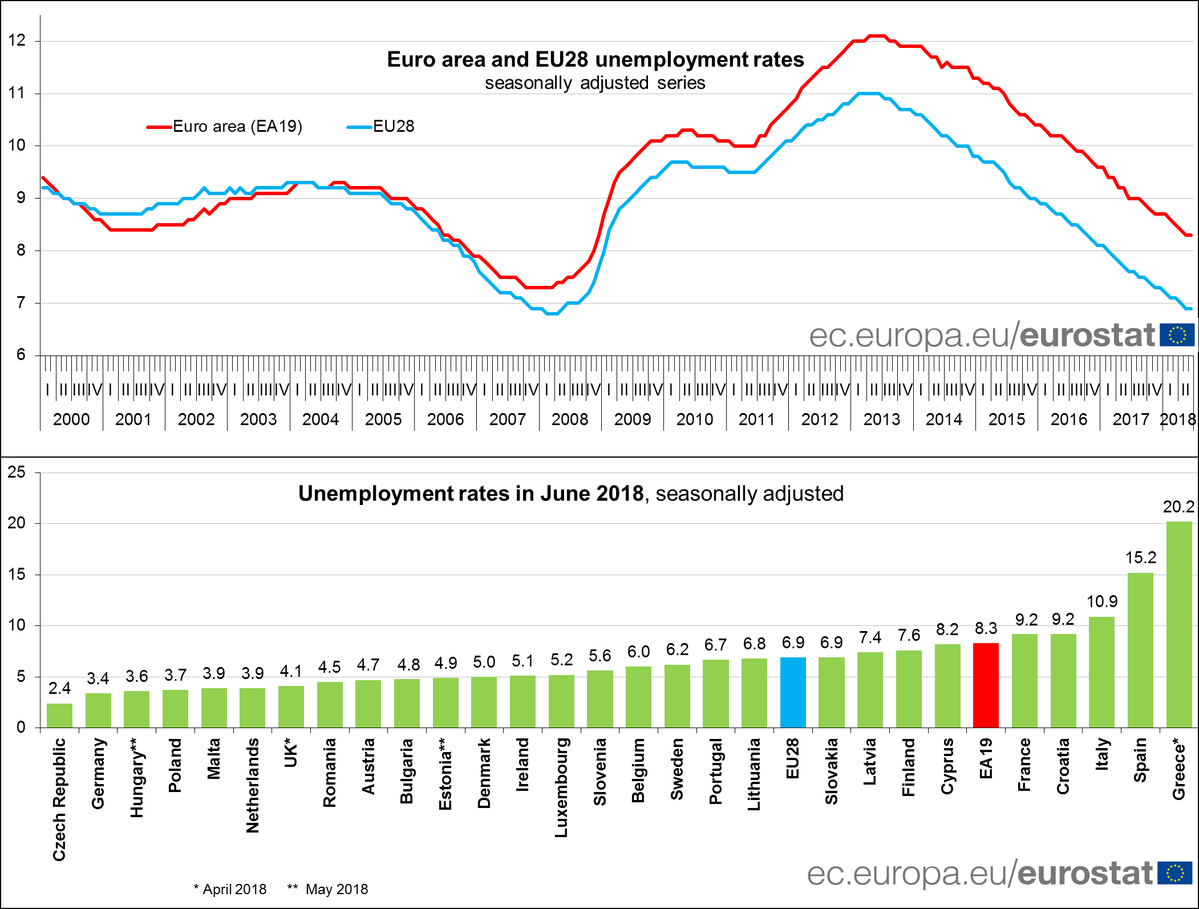 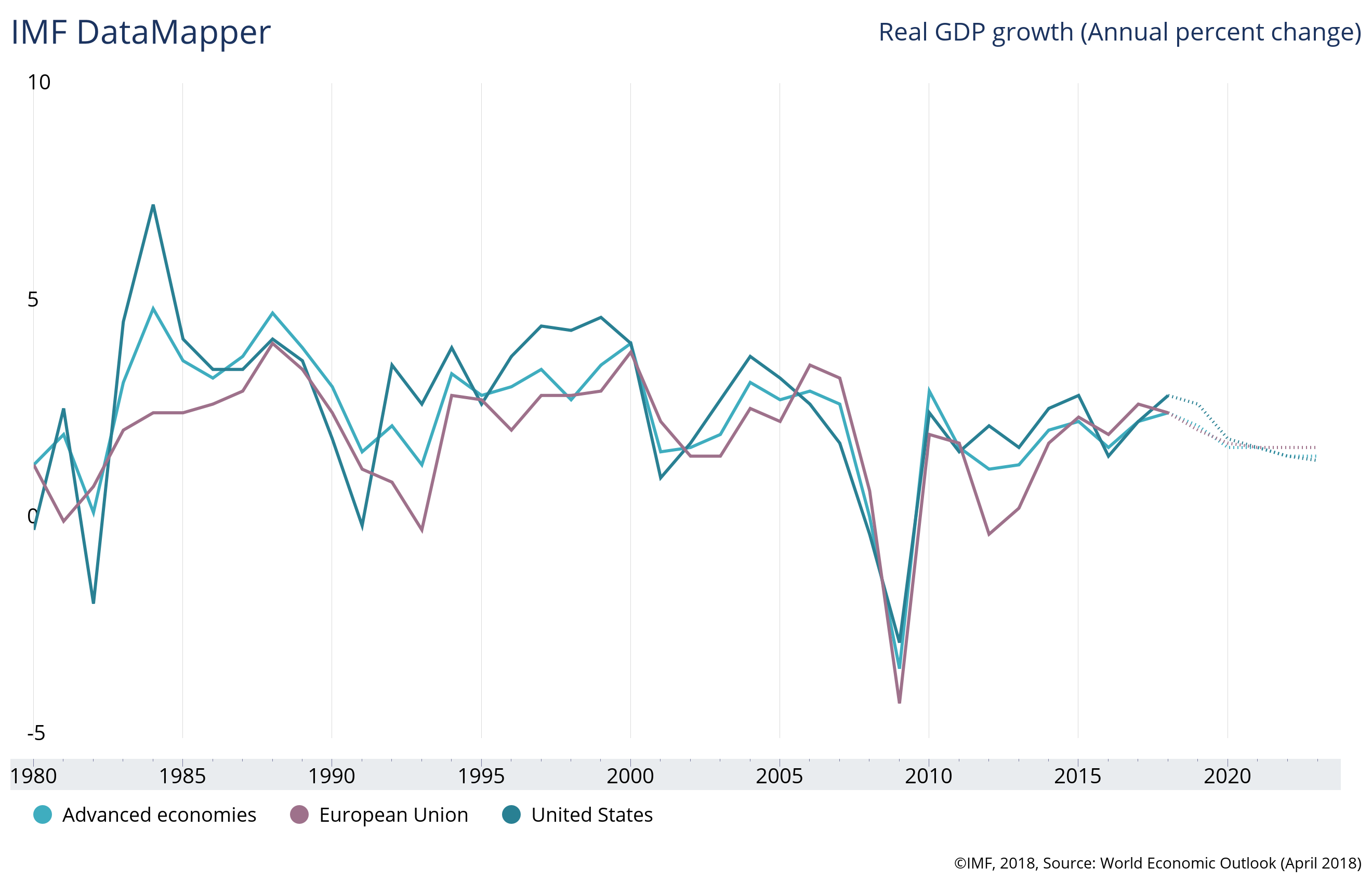 GDP in advanced economies is expected to slow or contract in coming years, with inequality rising in almost all developed countries into the next two decades. Many experts believe that rising inequality is a result of increased globalization, hyper-specialization within the labor force, and the reallocating of natural and human resources. 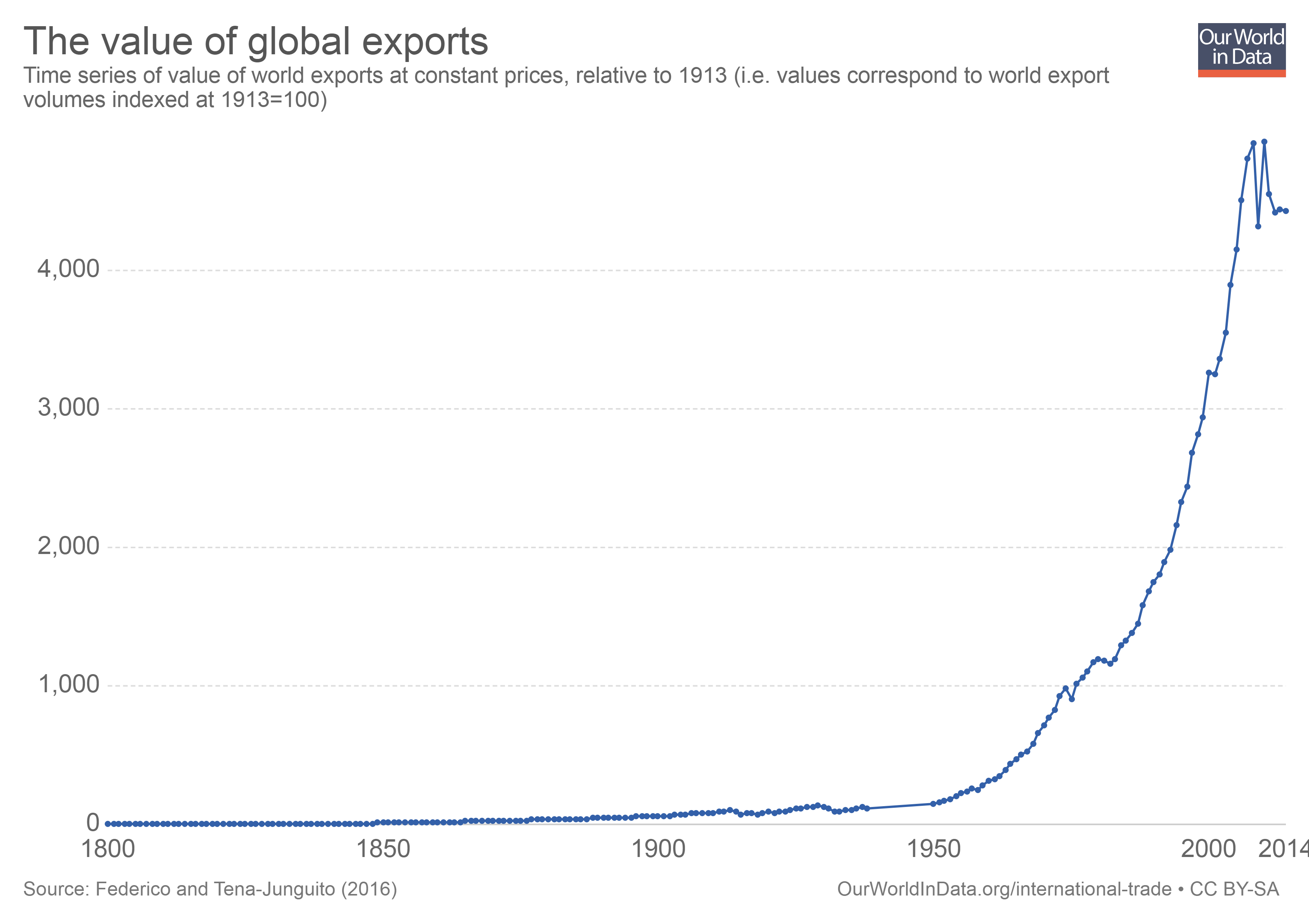 The value of global exports have increased exponentially in the post-War period, facilitated by the creation of the GATT, WTO, and bilateral free trade agreements. 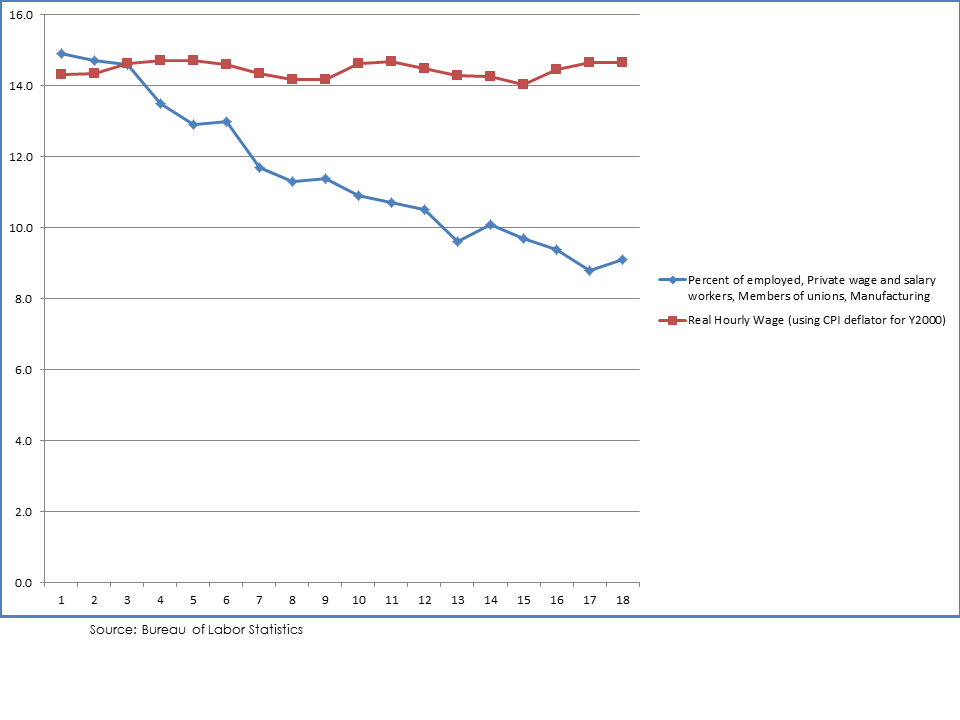