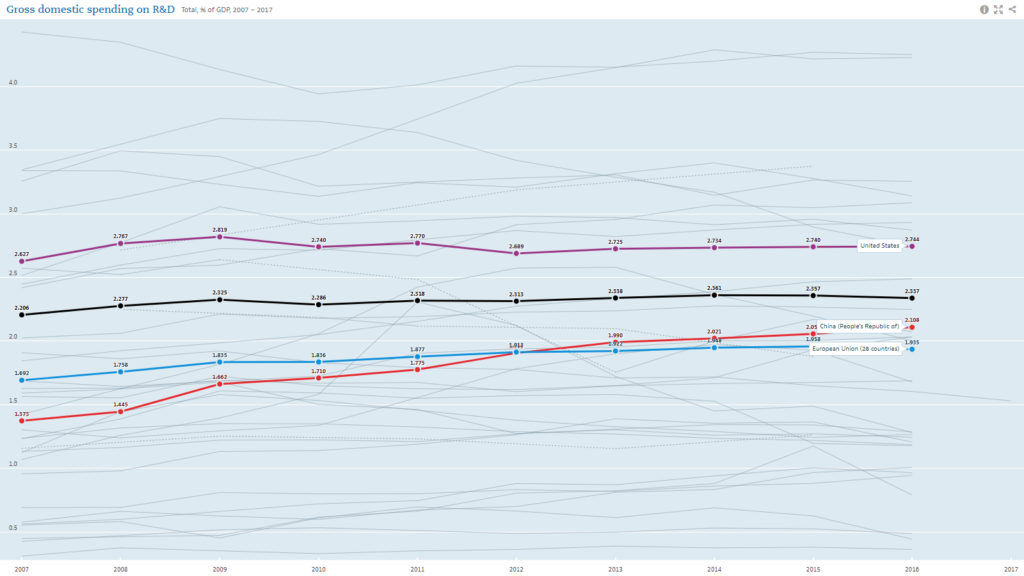 Gross Domestic Spending on Research & Development from 2007 to 2017 in the United States, the European Union, the OECD, and China. China overtook the European union in 2015 in R&D spending as a percentage of GDP. 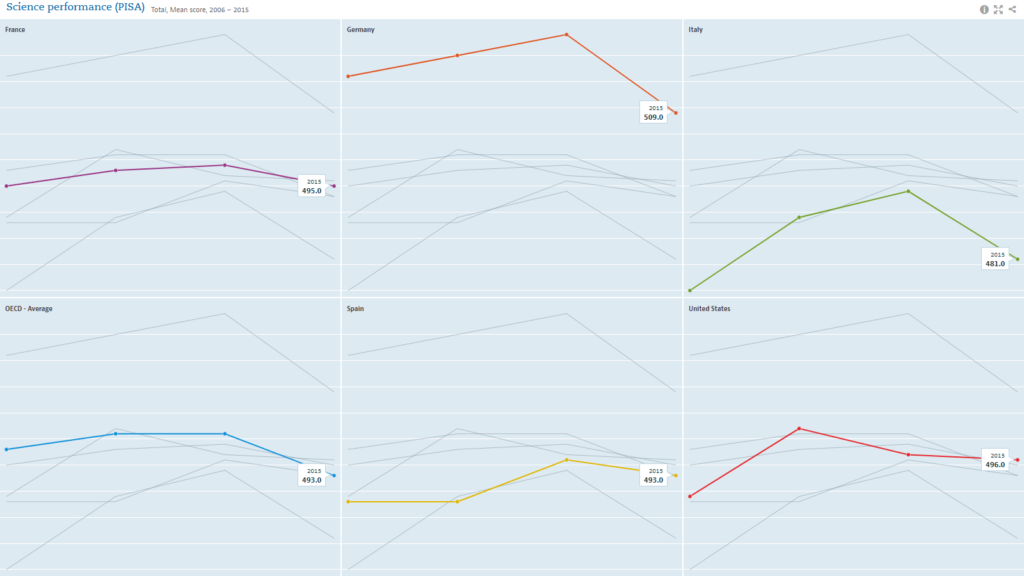