The United Kingdom’s departure from the EU was scheduled to occur on 29 March 2019. Yesterday, the UK Prime Minister requested the EU an extension of Brexit until 30 June 2019.

Donald Tusk, President of the European Council, responded that the EU would be prepared to allow this, provided that the UK approves the withdrawal agreement between the EU and the UK first. This effectively means that the UK will have to approve the original deal before 29 March 2019 to prevent a no deal Brexit. Unless the EU and the UK agree otherwise in the next nine days.A Brexit without a deal, or with a deal that does not cover all relevant aspects, is therefore still a potential scenario. We have highlighted a number of unexpected legal consequences of Brexit in such a no deal or incomplete deal scenario. 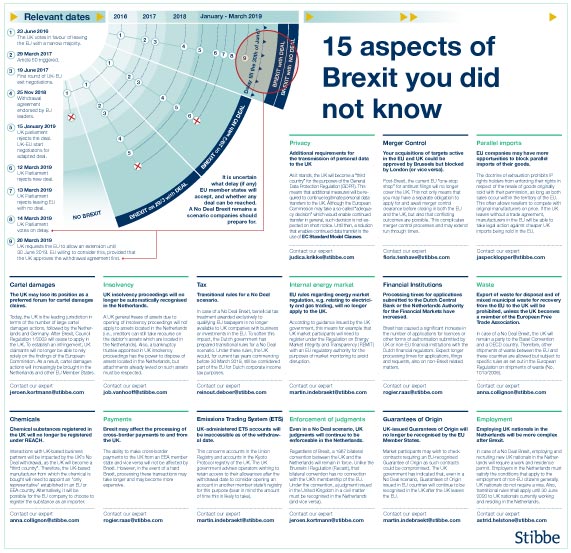 Compliments of Stibbe, a member of the EACCNY