The third quarter of 2021 ended with commodity prices continuing their upward movement. While U.S. crude oil prices modestly increased 2.1% during the quarter to $75.03 per barrel, this does not reflect the wide swings during the quarter, including a +20% increase in WTI prices from mid-August as steadily increasing demand and concerns about future supply created a bullish trend for oil. The drilling rig count rose by 51 rigs (per Baker Hughes) during the third quarter of 2021, which represented another meaningful quarterly rig count expansion (once again driven by private Oil & Gas companies) continuing the trend that began in August 2020. Completion activity also increased with the number of active frac spreads expanding from approximately 200 spreads in June 2021 to more than 230 spreads by the end of September 2021 (per Primary Vision). Natural gas prices also surged during the quarter, rising from $3.65 at the end of the second quarter to $5.87 by the end of this quarter (representing a 60.7% increase). The natural gas pricing move was driven by a meaningful increase in exports (via pipeline and LNG shipments) and recovering demand from the pandemic. In particular, Asian and European LNG prices have skyrocketed to record levels due to low storage levels, weak alternative power generation (primarily wind in the North Sea), and concerns about supply shortages heading into the winter heating season. Since U.S. LNG exports have expanded at a faster pace than U.S. natural gas production, natural gas injections continue to linger below their five-year averages, which is expected to lead to higher natural gas prices during the upcoming winter season. The U.S. Energy Information Administration (“EIA”) estimates the price will average $5.67 per MMBtu between October 2021 and March 2022.

U.S. crude oil production averaged 11.0 million barrels per day (“MMB/D”) in the third quarter, approximately 0.3 MMB/D less than the second quarter and is expected to average 11.1 MMB/D per the (“EIA”). While the Biden Administration pursued an aggressive environmental agenda earlier in the year, concerns about rising gasoline/diesel prices and elevated heating bills (i.e., from natural gas and heating oil) has forced the Administration to reach out to domestic Oil & Gas companies and seek increases in supply. However, continued uncertainty regarding the future regulatory framework and relatively tepid investor and cautious lending interest will likely mute production growth.

Similar to previous quarters, recent M&A activity within the energy service and equipment segment has been largely focused on production and well services.

WTI crude front month oil prices closed the third quarter 2.1% higher than the second quarter, increasing from $73.47 per barrel to $75.03. Research analysts have forecasted median prices of $68.54 and $67.00 for the fourth quarter of 2021 and first quarter of 2022, respectively. U.S. crude production is expected to remain between 11.0 and 11.3 MMB/D through the fourth quarter.

Natural gas prices are expected to average $5.95 per MMBtu through the end of 2021. The EIA is forecasting natural gas production to increase 0.4% from October to December 2021 to 101.8 BCF per day. 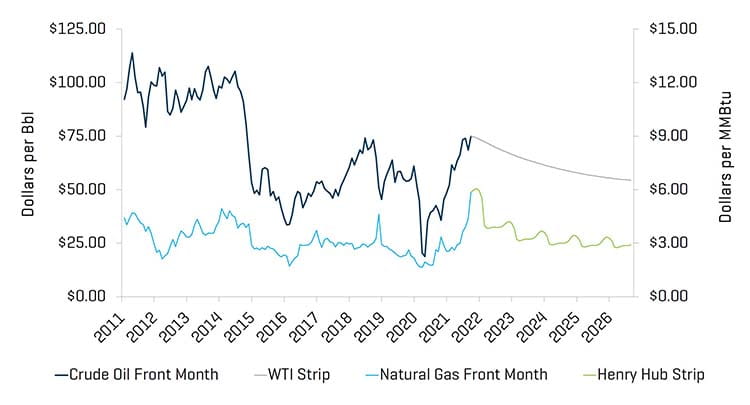 Total U.S. rig count (including offshore rigs) increased by 51 rigs, from 470 at the end of the second quarter to 521 rigs by the end of the third quarter (per Baker Hughes). Most regions saw increases in rig counts, with the Permian Basin (again) witnessing the largest gain, increasing from 236 to 260. 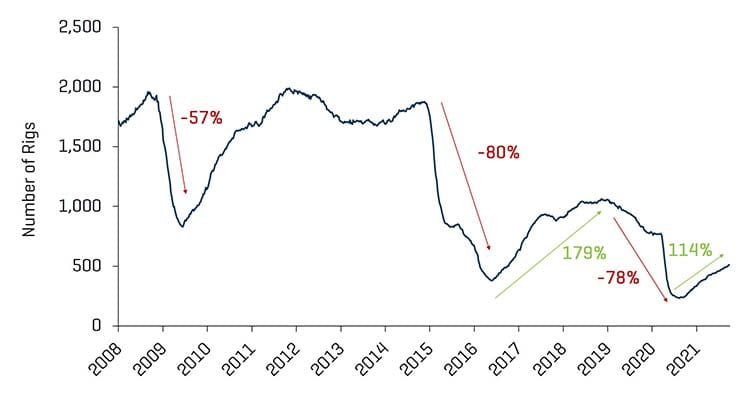 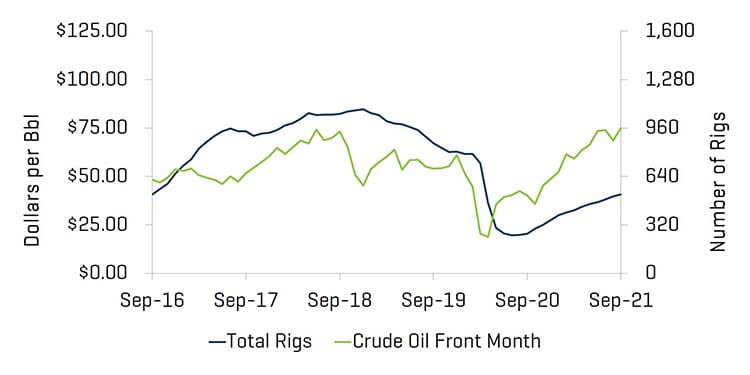 Source: Bloomberg, as of September 30, 2021 and Baker Hughes

Overall, public valuations for energy service companies decreased during the quarter (as measured by the OSX), decreasing 14.4%. Overall, the sector underperformed the U.S. market, which was relatively stagnant (down 0.3% during the quarter).

Energy service and equipment M&A activity increased by deal count and value in the third quarter of 2021, totaling 33 transactions and $750 million, up from 21 transactions and $125 million in the second quarter. The outlook for the remainder of 2021 and early 2022 M&A and financing activity in the Energy sector will likely improve as oil and natural gas demand continues to grow and substantially higher energy prices improve cash flow and balance sheets. Investors, as well as energy companies, remain cautious and continue to be focused on cash flow generation and potential distributions to investors (versus breakneck growth). In addition, many upstream producers have hedged production at lower prices, blunting some of the “upside” benefit of higher prices. 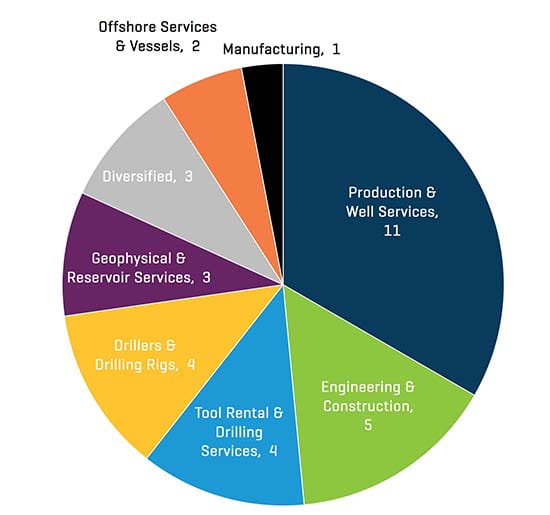 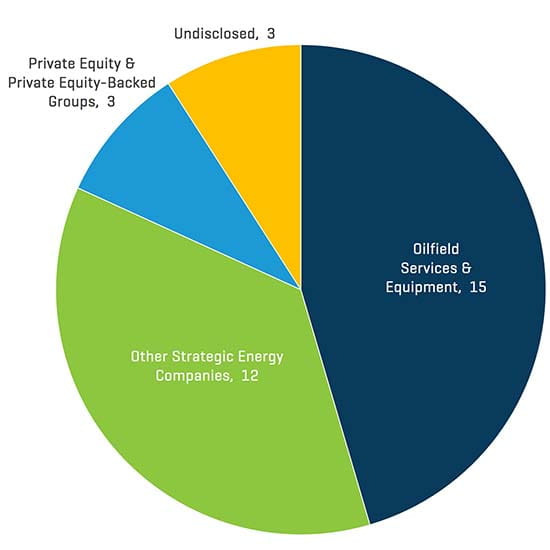 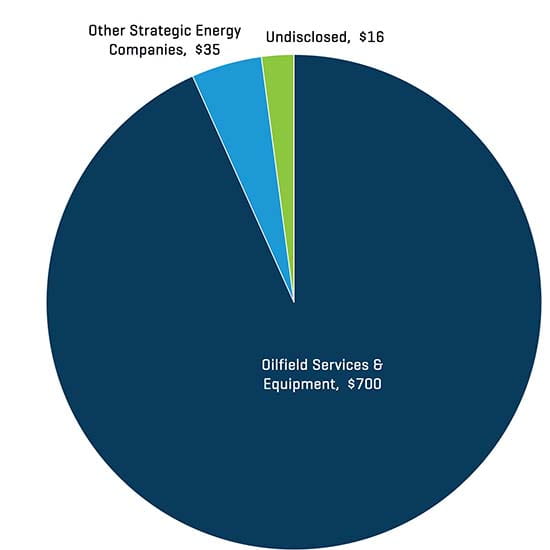 Strategic acquirers continued to be more active than private equity and private equity-backed companies during the third quarter of 2021, representing 59.5% and 55.0% of all transactions by count and value, respectively. Overall, Oilfield Services & Equipment Companies accounted for the majority of M&A activity during the quarter (15 transactions).

Compliments of Stout – a member of the EACCNY.