If you are a citizen of the United States of America or a citizen of another country but a U.S. resident for tax purposes and you prepare and file U.S. individual income tax returns, you are generally allowed, under the Internal Revenue Code Section 901, to claim a foreign tax credit for income taxes that you paid or accrued during the taxable year to any foreign country. The trouble is that sometime the exact nature of the taxes that you paid to another country is not clear. The French CSG and CRDS are an example of taxes that lack clear classification as either income tax or social security tax.

For federal income tax purposes, it means that if you are an individual U.S. taxpayers who paid or accrued the French Contribution Sociale Generalisee (CSG) and or the Contribution pour le Remboursement de la Dette Sociale (CRDS) to the French tax authorities over the past 10 years but did not claim them on your U.S. income tax return, you are entitled to file a claim for refunds on your U.S. individual income tax return. For the CSG and or CRDS that you paid or accrued over the past few years, you may file a claim for refund by filing an amended U.S. individual income tax return, using Form 1040X to include Form 1116 Foreign Tax Credit. You should write “French CSG/CRDS Taxes” in red at the top of Form 1040X and file the amended tax returns with the accompanying Form 1116. You may also file an amended tax return, using Form 1040X to claim a refund if you find that you paid or accrued more CSG and or CRDS than what you previously claimed.

On your 2019 tax return and on the subsequent ones, you may offset all or part of the CSG and or CRDS that you paid to the French tax authorities, or that you accrued, against your U.S. Federal income tax liability. 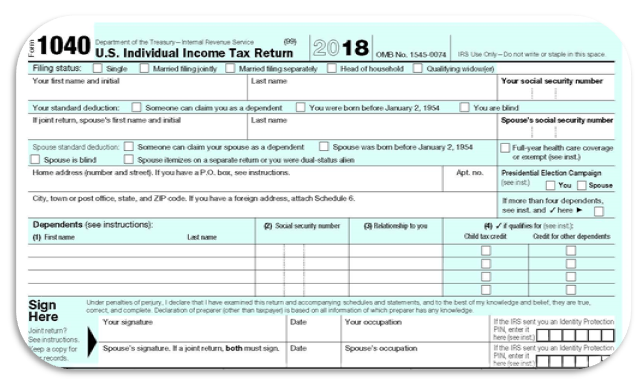 Also, you most likely paid the French CSG and or CRDS, if you were a resident of France for tax purposes and received a pension due to regular retirement or disability, unemployment insurance benefits, annuity, dividends, interest, gambling income, real estate rental income, or realized a capital gain from the disposition of a real estate property. Here as well, both the revenue from France and from abroad are taxable if you were a covered person under the French social security Act. For instance, we have a situation where a French national, a client of us, who lives in France and is renting an apartment in Manhattan (New York) under his name was required by the French tax administration to report the rental income on his French tax return and to pay the CSG and CRDS on the rental income net of tax deductible expenses.

However, you may seek relief from paying the CSG and CRDS on your income from abroad if there is an income tax treaty between France and the foreign country where you derived this income from that exempts you from paying the CSG and CRDS. For example, the French Social Security Administration asked a resident of France for tax purposes, who works exclusively in the Paris Office of a Law Firm that has its headquarters in the UK, to pay EUR22,317 of CSG and CRDS on his share of the UK Law Firm’s profits where he is a Partner. The taxpayer argued that the CSG and CRDS are taxes rather than social security contributions, and as such they are exempt from CSG and CRDS because under the May 1968 income tax treaty between the United Kingdom of Great Britain and Northern Ireland and France, only the income that he earned in France may be subject to the CSG and CRDS. In an advisory opinion, the European Court of Justice agreed with him (ECJ, April 3, 2008, Case C-103/06) and the Court of Appeals of Paris reversed a lower Court’s decision confirming the assessment (November 6, 2008 Decision 03/43012).

On the other hand, even if you are a non-resident of France and you are not a covered person, you are required to pay the CSG and CRDS on your real estate rental income net of deductible expenses, and on the gain that you realized on the sale of real estate property located in France. For instance, if you live in the U.S. and you are renting an apartment in Nice (city in the French Riviera), you may have been paying the CSG and CRDS on your rental income. If you live in the U.S. and sell an apartment that you purchased a few years ago, you most likely paid CSG and CRDS. Unlike the French resident for tax purposes who invested in a real estate property in the U.S., pursuant to the income tax treaty between the United States of America and France, there shouldn’t be, in the U.S., any federal tax consequences for you regarding these activities; no tax credit to claim on your U.S. individual income tax return.

Finally, if you are a U.S. citizen and French resident for tax purposes, you probably paid the French CRDS if you received a monthly allowance from the French Government to pay your rent, if you received supplemental income from the French Caisses d’Allocation Familiale (CAF) such as child benefits, or if you earned income from the sale of precious metals, or from the sale of artworks. But, you shouldn’t have paid the CSG on these revenues because they are exempt from CSG.

The French Contribution pour le Remboursement de la Dette Sociale (CRDS) is a withholding tax enacted in 1996 to make up for the deficit of the French social security division that offers benefits to employees of the private sector, to students and to independent contractors who work for the Government or its agencies. Those benefits include retirement pension, social security disability benefits, social security paid sick leave benefits, and paid family leave benefits. The CRDS withholding rate is 0.5% of the revenue that you earned. The French Caisse d’Amortissement de la Dette Sociale (CADES), a Governmental agency specifically set up in 1996 to reduce the deficit of the employees of the private sector social security division, manages the money collected. The French Congress and the Constitutional Council oversee the CADES. The Constitutional Council is a court vested with the power to review, upon request, the constitutionality of legislative acts.

The Contribution Sociale Generalisee (CSG) was introduced by Finance Law No. 90-1168 of December 29, 1990 and it became enforceable on December 30, 1990. It is a withholding tax imposed on all resident of France for tax purposes who fall under the French social security coverage system. The withholding rate varies by type of revenue that the taxpayer earned. The rate is currently between 3.8% and 9.9% of the taxpayer’s revenue. The taxpayer may deduct part of the CSG paid from his or her French individual income tax. The allowable deduction rate is currently between 3.8% and 6.8%. The money collected is an additional source of income to finance the French social security safety net. However, 0.60% of the CSG withheld is allocated to the CADES in addition to the revenue that it derives from the CRDS to fulfill its mission. As of June 2019, the CADES has already reduced by 63% the debt of the French social security division that provides benefits to employees of the private sector. At its inception in 1996, the CADES assumed a total debt of EUR260.5 billion, of which EUR162.9 billion was reimbursed as of June 30, 2019. The balance due, EUR97.6 billion, is scheduled to be reimbursed by 2024. As a result, there shouldn’t be any CRDS withholding anymore.

A summary of the CSG and CRDS withholding rates [based on the 2017 Revenu Fiscal de Reference (Benchmark Revenue), 2018 Income Tax Return] is as follows:

The French tax administration determines your benchmark revenue for the tax year and reflects it on the first page of your copy of the French individual income tax return.

Practically, if, in 2018, you had wages from an employment activity in Paris, your employer most likely withheld CSG at 9.20% from 98.25% of your gross salary, the French tax administration deducted 6.80% of that amount from your 2018 French income tax. If you reported your salary on your 2018 U.S. individual income tax return and didn’t claim a credit for the CSG, you may file a claim for refund for 2.40% because you already deducted 6.80% of the CSG withheld from your French individual income tax return.

Until 2019, the IRS, the U.S. federal tax authority, considers the French CSG and CRDS imposed on revenue from employment such as salary and wages as social security contribution. Therefore, for the IRS, they fall under the Agreement on Social Security between the United States of America and France signed on March 2, 1987 (the “Totalization Agreement”). This agreement generally allows U.S. nationals to work in France without experiencing a lapse in U.S. social security coverage that could affect their future entitlement to social benefits. Additionally, the Totalization Agreement between the United States of America and France helps to ensure that workers are not inappropriately subject to double social security taxation by assigning taxing rights to either France or the U.S.

Therefore, the IRS has historically denied foreign tax credits for the CSG and CRDS imposed on employment income because, pursuant to Section 317(b)(4) of the Social Security Amendments of 1977 (SSA),  Pub. L. No. 95-216, taxes paid by an individual to a foreign country “in accordance with the terms of “a totalization agreement shall not be creditable or deductible for Federal income tax purposes. For that reason, the IRS for example denied a tax credit of $19,061 for 2008 and $32,672 for 2009 that Ory Eshel and Linda Coryell Eshel claimed on their 2008 and 2009 U.S. individual income tax return for CSG and CRDS that they paid in France. The IRS went on and assessed income tax deficiencies of $12,104 and $47,401 for 2008 and 2009, respectively.

Ory and Linda Coryell Eshel, husband and wife, are dual citizens of the United States and France. They lived in France in 2008 and 2009 and Ory Eshel earned a salary for services performed in France. The Eshels sought redetermination before judge Lauber of the United States Tax Court in Washington D.C. Judge Lauber confirmed, in April 2014, that the French CSG and CRDS are social security taxes, and therefore the Eshels are not entitled to any credit for their U.S. income tax purposes (Eshel v. Commissioner, 142 T.C. 197 (2014)). They appealed Judge Lauber’s decision (Eshel v. Commissioner, 831 F.3d 512 (D.C. Cir. 2016)). In August 2016, three judges of the United States Court of Appeals for the District of Columbia Circuit reversed Judge Lauber’s decision because he committed legal error in the interpretation of the Totalization Agreement between France and the U.S. They sent back the case to the Tax Court for further action.

But, in 2019, the United States of America and France formally agreed that CSG and CRDS are not social security charges. And the United States Department of States confirmed that information to the IRS in a letter dated May 30, 2019. As a result, the IRS no longer maintains that you cannot claim a credit, or a claim for refund, for the French CSG and CRDS that you may have paid to the French tax authorities.

Mathieu Aimlon, CPA (USA), Diplome d’Expertise Comptable (France), is a Principal at AIMLON CPA P.C. (New York, NY). He is licensed to practice public accounting in the USA (NY) and in France.

Compliments of AIMLON CPA P.C., a member of the EACCNY