Consulate General of the Republic of Lithuania –

The financial technology sector in Lithuania is growing fast, innovations are not only used, but also created, new companies and jobs are established in the country – this is how the report on the Fintech sector development in Lithuania was presented to the Government.

“The year was really incredible – starting with a bold statement that we will become the leaders of financial technologies in the region and ending with international recognition and establishment of new enterprises. Now we are on the Fintech map, and nobody doubts that we are worth it. The development of financial technologies is one of the Government Programme priorities – we are constantly improving a legal environment, we have created effective incentives for the development of enterprises, and we are not going to stop,“ stated Minister of Finance Vilius Šapoka.

What for is Lithuania attractive to the development of global Fintech companies or establishment of start-ups? Not just for the fastest Internet. Our country is attractive to Fintech companies also due to the infrastructure created and environment favourable to business as well as due to talented people. Enterprises may use special programme “Newcomer” developed by the Bank of Lithuania, also the fastest in the European Union licencing process. Many businesses are attracted by the world-class information and communication technology infrastructure available in Lithuania.

In the country the Fintech ecosystem is being established and developed – there are Fintech Lithuania and Fintech Hub LT associations, centres of financial services and innovations established here, Vilnius Blockchain Club uniting 600 members by the Blockchain technology operates, there appear more and more enterprises willing to use this technology in different areas.

The Ministry of Finance together with partners organises international conferences having no analogous in the country, which attract professionals and leaders from all over the world. At the Fintech Conference 2017 about 1,000 financial market policy makers, academia and business representatives from Lithuania, USA, Sweden, United Kingdom, Germany, Estonia, Belgium, and other countries took part, also the representatives from the European Bank for Reconstruction and Development and the European Commission participated. It has been the largest event on financial technologies in the Baltic States so far.

In the future perspective – assessment of the use of the Blockchain technology in public sector, e-resident project implementation, development of payment in non-cash in public authorities, and implementation of other measures. In the second quarter of the current year updating of the Action Plan and its submission to the Government of the Republic of Lithuania are planned. 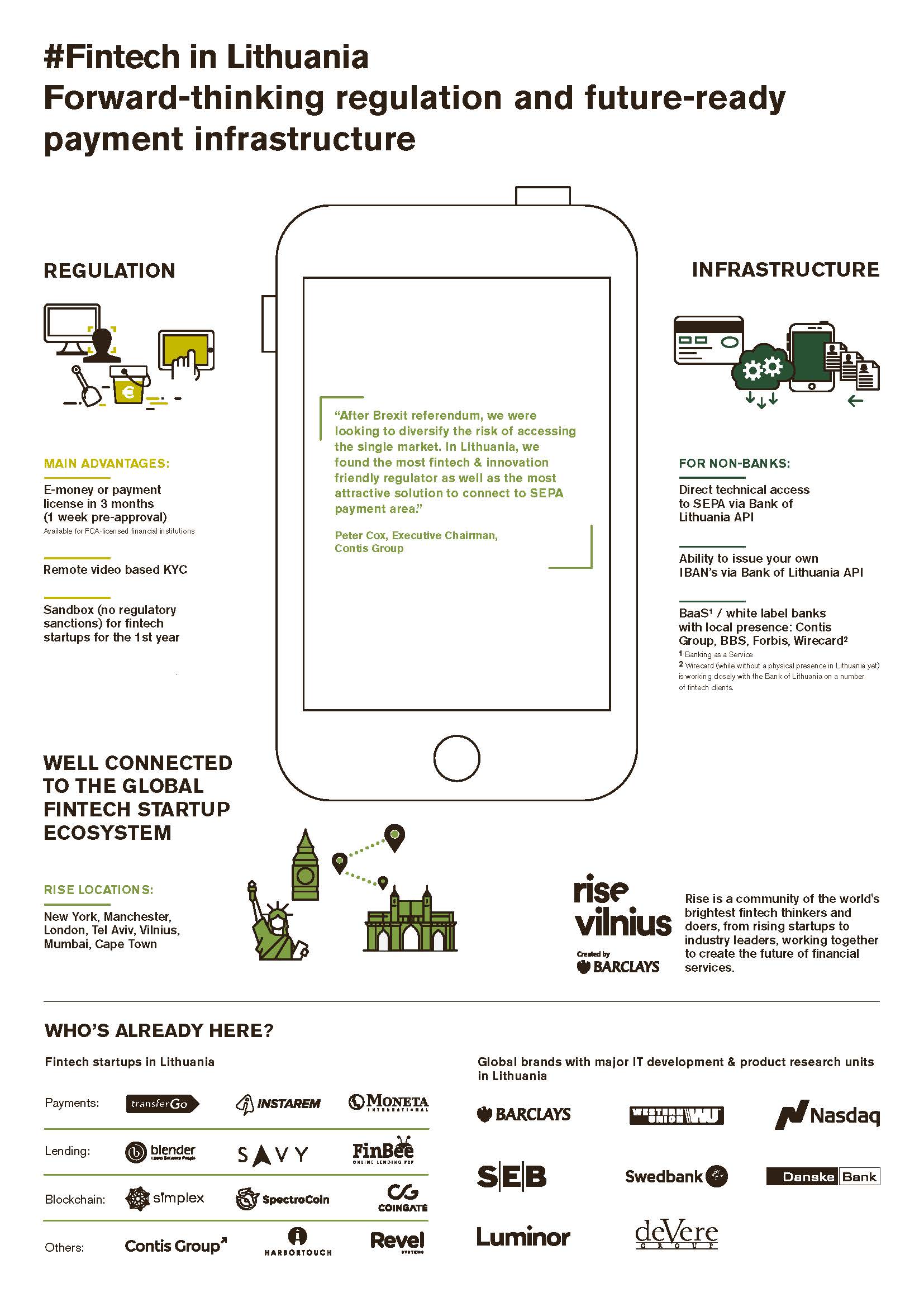 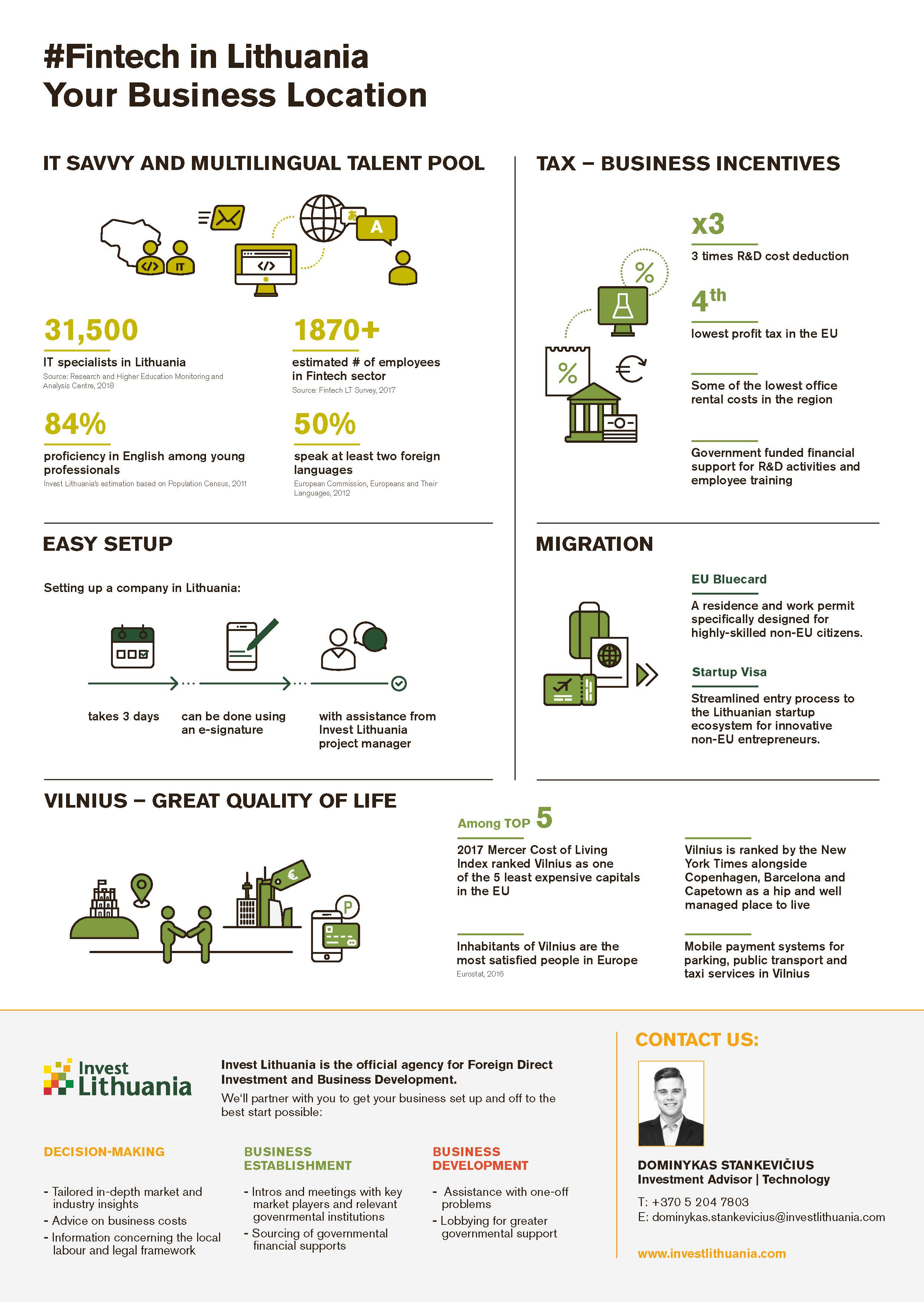 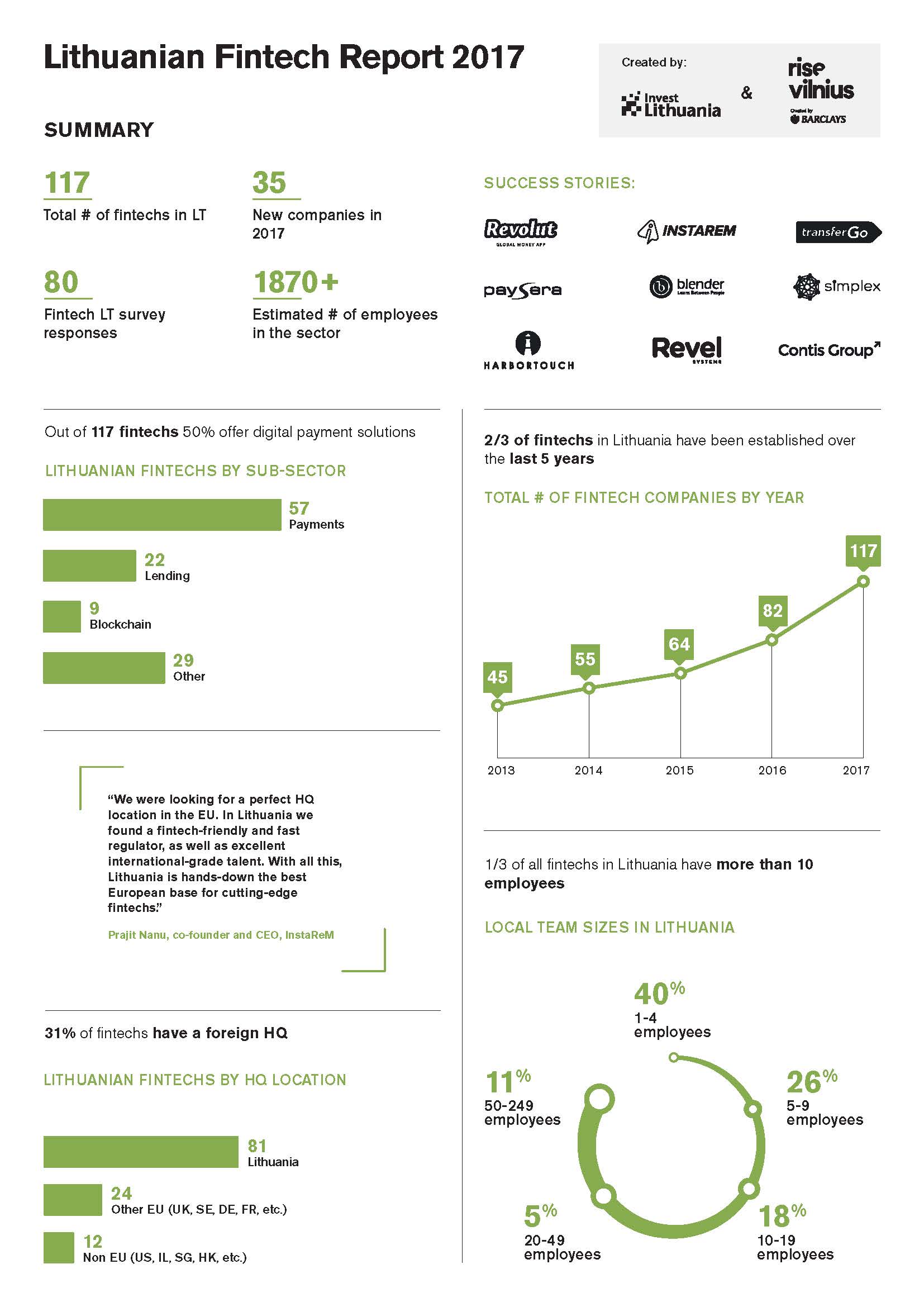 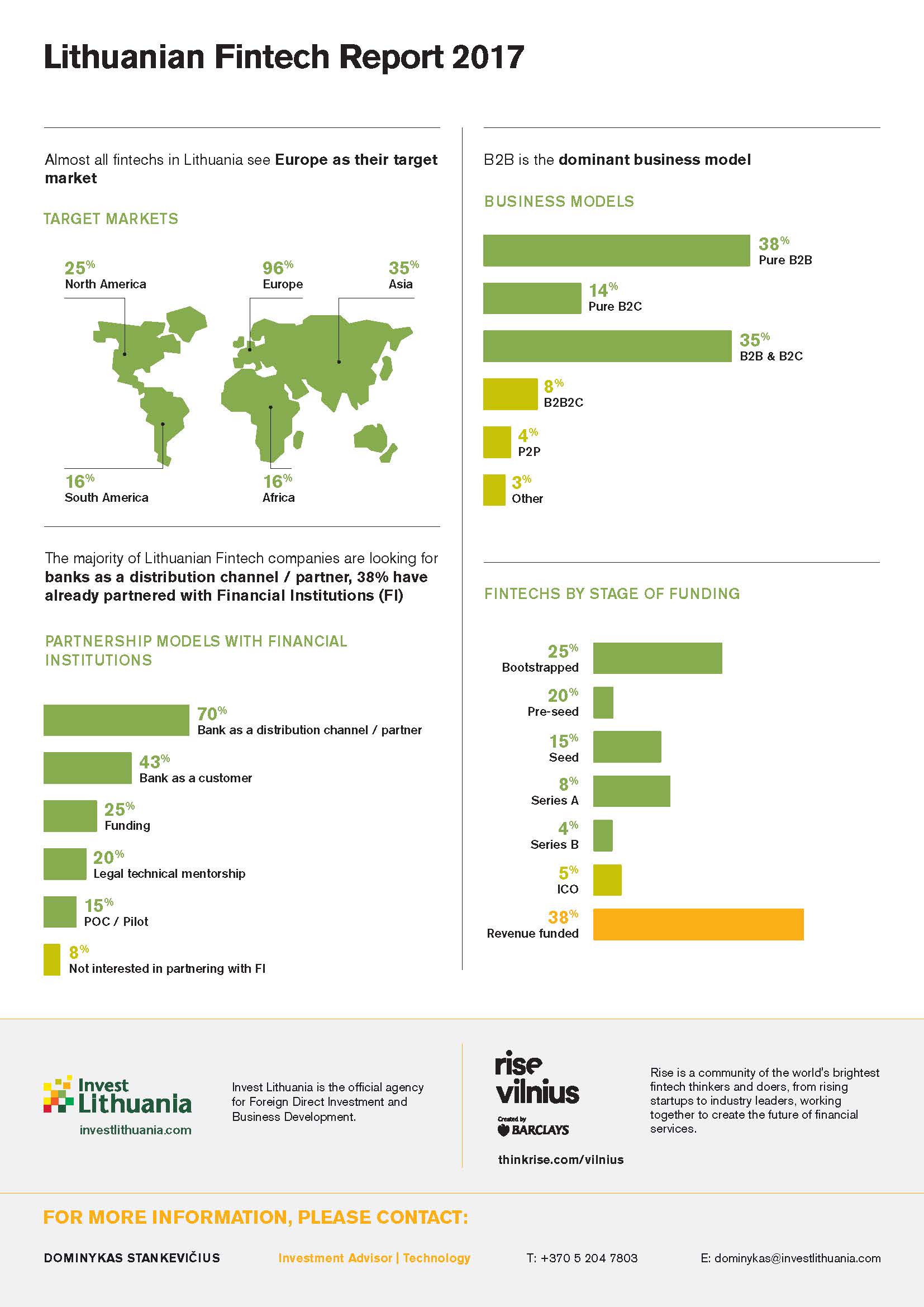