<< Return to all personal profiles here 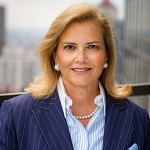 Where are you from, and what was it like growing up there? I grew up in Staten Island, which was then, as it is now, a close-knit community, loyal to the borough, proud of the neighborhood, and full of friends, family and food (“the three Fs”, as we say). Like in so many of the neighborhoods of New York back then, everyone had each other’s back; everyone watched out for each other (and their respective kids); and nightly get-togethers over an aunt’s house, in a friends backyard or on a friend’s front porch was completely normal – all without scheduling play dates or having an electronic surveillance system to give us a sense of safety – we knew who we were and life was simple and good.

What is your Hometown famous for, and what do you think about it? While I call New York City my larger hometown, which is famous for finance, culture, food, the subway system and skyscrapers among dozens of other things, Staten Island is most famous for the Staten Island Ferry, the only free transit service in New York City, and the busiest ferry route in the U.S. It proves that sometimes, there is such a thing as a “free lunch”.

Does your Hometown have a famous dish, and do you like and why/why not? Other than the hot dogs sold from the City’s street vendors, New York’s most famous dish is probably pizza, and my favorite is Margherita style.

What brought you to NYC? I was born and raised right here in New York, but my grandparents emigrated from southern Italy and Sicily like so many others, to find opportunities for a better life – for themselves and for generations to come.

What inspired you to pursue your chosen career path? After enjoying early success in a sales role for an airline, I was put in touch with a woman who worked in commercial real estate and she thought that my sales skills were directly applicable to the industry. I quickly came to love the built environment and the opportunities I could pursue as a broker.

What was a defining moment in your career? My defining moment came when, after working in the industry for 20 years, I established my own full-service firm to meet a niche need in the industry that to date had not existed – that of a woman-owned business enterprise that could provide strategic services to clients and stand out from the large, male-dominated firms of the time.

What about NYC has made you stay? I have stayed due to the energy, the economic possibilities and the social opportunities offered by the region, which are second to none. While other global cities might disagree, I have always felt that New York City was the capital of the world on many levels.

What’s the biggest cultural difference you’ve noticed between America and your home country? The biggest cultural difference I have noticed between the greater Unites States and New York City is the pace of activity. While rural America, and some of the nation’s larger cities operate at a slower and seemingly more deliberate tempo, the pace of New York has always been super-charged – in terms of activity, progress, growth and overall performance.

What do strong European-American relationships mean to you, your life, and your organization European-American relationships, and more specifically, those of Italian-Americans, are a key part of who I am and remain integral to my firm. The story of Italian-Americans in this country is the story of opportunity. And just as I proudly embrace my Italian-American heritage, as evidenced by my dual citizenship, I also embrace the principle of economic opportunity. And in the same spirit with which my family came to the U.S. – seeking to better themselves – I have carried on the tradition through my company, which stands as a leading platform for opportunity and the advancement for women, people of color, and others under-represented in today’s commercial real estate industry.

I am also proud that the Columbus Citizens Foundation (CCF) has named me as an Honoree for the 2021 Columbus Celebration (including leading this year’s Columbus Day Parade on Fifth Avenue). The CCF, of which I am an incoming member of the Board of Governors, is a non-profit organization committed to fostering an appreciation of Italian-American heritage and achievement, and through a broad range of philanthropic and cultural activities, provides opportunities for advancement to deserving Italian-American students through various scholarship and grant programs.

Thank you Jodi for sharing your story!