The number of credit institutions headquartered in the EU continued to decrease from 3,277 to 3,167.

Total assets of these credit institutions also decreased slightly from € 33,798 bn to € 33,410 bn. This decrease was driven by non-euro area countries.

The number of credit institutions with headquarters in the EU has continued to decrease from 3,277 end of 2015 to 3,167 at the end of 2016 according to the Consolidated Banking Data (CBD). Meanwhile also the total assets of these institutions decreased slightly from € 33,798 bn to € 33,410 bn.
The CBD is an aggregate data set of the EU banking system on a group consolidated basis. It includes statistics on individual EU Member States and on the European Union and Euro Area as a whole. The end-2016 data refer to 349 banking groups together with 3,103 stand-alone credit institutions, and include data for 946 foreign-controlled branches and subsidiaries operating in the EU, covering nearly 100% of the EU banking sector balance sheet. This dataset includes an extensive range of indicators on profitability and efficiency, balance sheets, liquidity and funding, asset encumbrance, non-performing loans developments and capital adequacy and solvency. 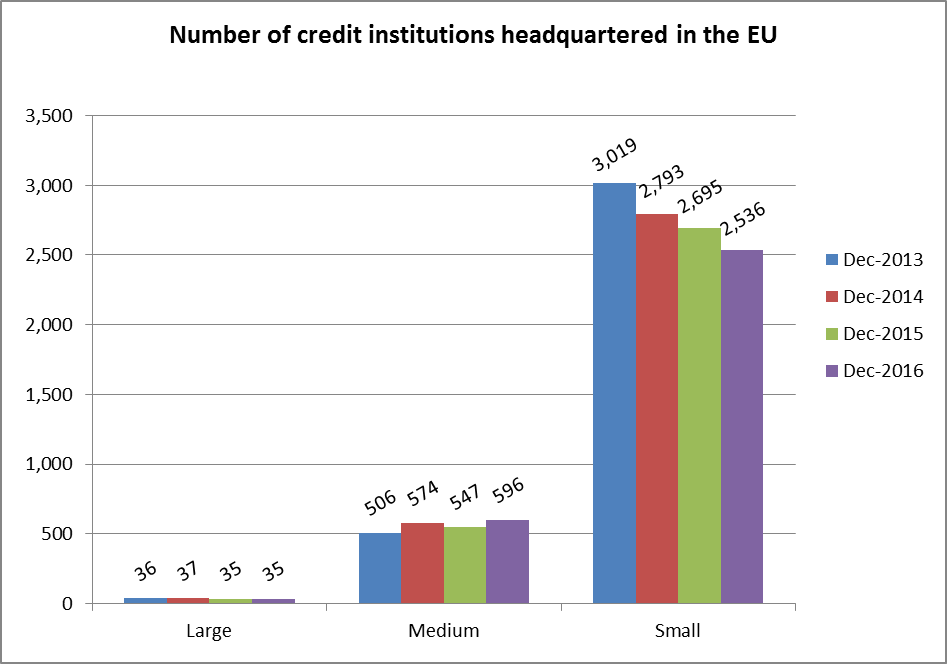 Aggregates and indicators are published for the full sample of the banking industry. While large reporters apply International Financial Reporting Standards and the EBA Implementing Technical Standards on supervisory reporting, in other cases reporters may apply national accounting standards, jointly with the EBA standards or not. Accordingly, aggregates and indicators are published also for data based on national accounting standards, depending on the availability of the underlying items.

The CBD series for EU banking groups are calculated on a cross-border and cross-sector basis, where “cross-border” refers to branches and subsidiaries located outside the domestic market and “cross-sector” to affiliates of banking groups that can be classified as other financial institutions. Insurance companies are not included within the consolidation perimeter.
CBD data are also separately reported for domestic banking groups (broken down into small, medium-sized and large groups) and foreign-controlled institutions active in EU countries. 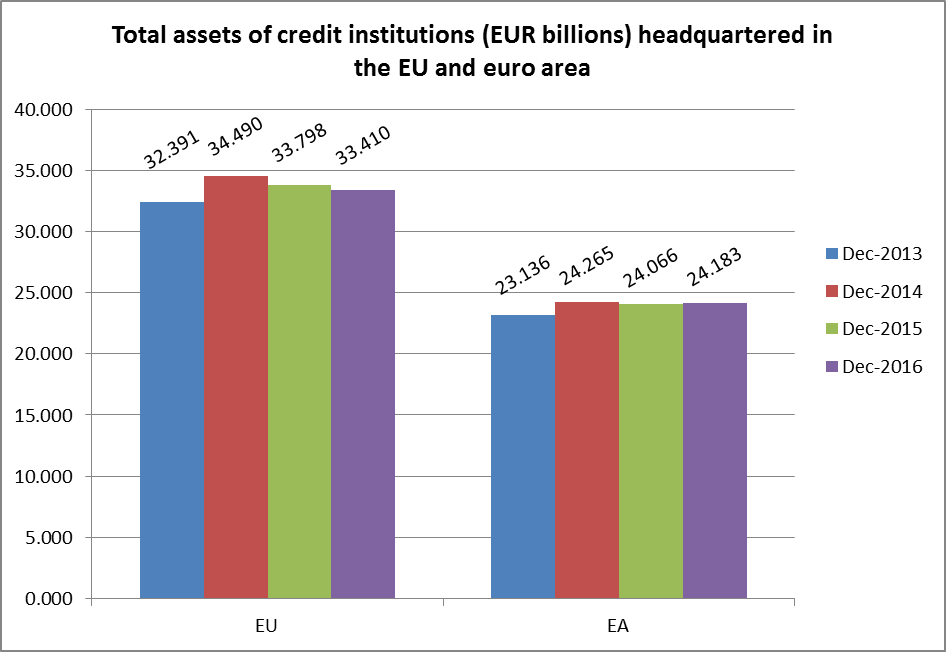 Together with end-2016 data, also few revisions to past data are published.

Compliments of the European Central Bank