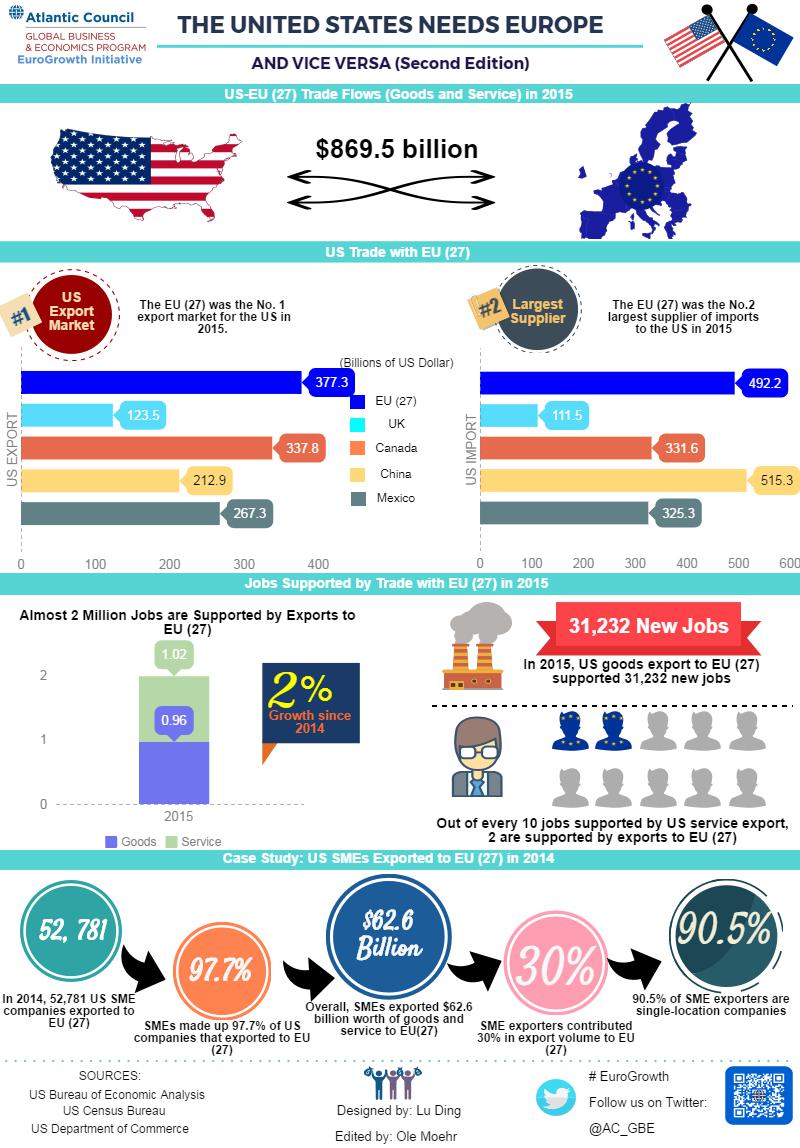 US economic ties with the European Union (27) generate the largest global bilateral trade flows, worth an estimated $2.4 billion per day. The massive volume of US-EU (27) bilateral trade promotes prosperity on both sides of the Atlantic.

In 2015, 52,781 US small- and medium-sized enterprises (SMEs) – a number based on those employing fewer than 500 workers, and those in which, the number of employees is unknown – accounted for 97.7 percent of all companies that exported to EU (27). They made up 30 percent of the known export value to EU (27), which totaled up to $62.6 billion. According to the US Trade Commission, although US SMEs saw their merchandise exports to the EU (27) increased considerably in recent years, many SMEs report that EU technical regulations and other trade barriers continue to limit their ability to export to the EU, compared to large corporations.

The EU (27) is a crucial market for US businesses, especially SMEs, and vice versa. Thus, it is vital for the United States and the EU (27) to deepen the transatlantic market place to foster trade and investment.  Policymakers on both sides of the Atlantic should set the stage for a new transatlantic economic agreement that builds upon the Transatlantic Trade and Investment Partnership’s (TTIP) framework, but excludes the most divisive issues that halted the TTIP negotiations.

This EconoGraphic is the second of a three-part series on why the United States and Europe need each other. The series will lead up to the upcoming launch of the EuroGrowth Task Force’s report on European economic growth and why it matters to US prosperity. The Global Business & Economics Program will launch this timely report on March 10, 2017 at the Atlantic Council.

Compliments of the Atlantic Council