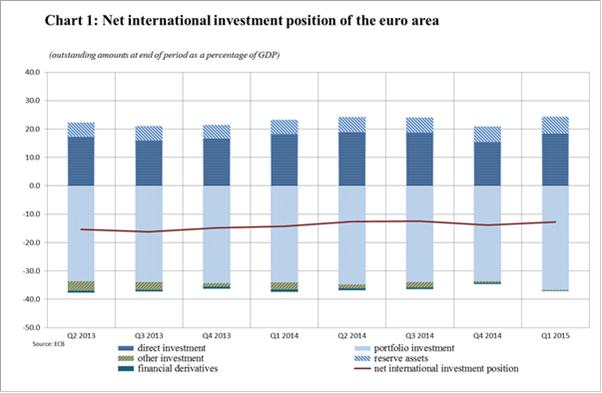 The change in the net international investment position of the euro area was broadly explained by revaluations – changes in exchange rates and asset prices – and other volume changes. Whereas the increases in portfolio investment and direct investment for both assets and liabilities were explained by transactions and other changes; other changes (mainly exchange rate effects) were mainly responsible for the developments in reserve assets. The increases in other investment assets and liabilities were mainly attributed to transactions (see Chart 2). 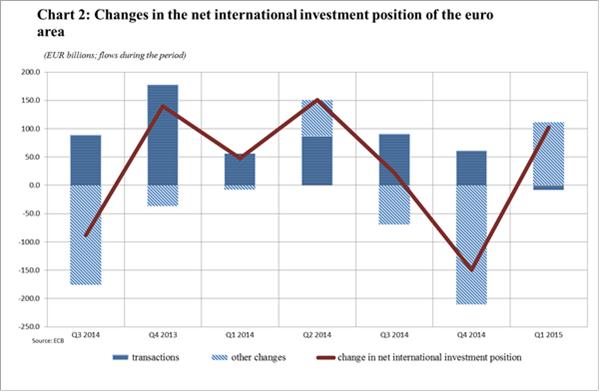 At the end of first quarter of 2015 the gross external debt of the euro area amounted to €12.6 trillion (approximately 124% of euro area GDP), which represented an increase of over €760 billion compared with the previous quarter. By contrast, the net external debt decreased by approximately €170 billion on account of a more marked increase in euro area residents’ holdings of (debt) assets issued by non-residents.

Compliments of the European Central Bank