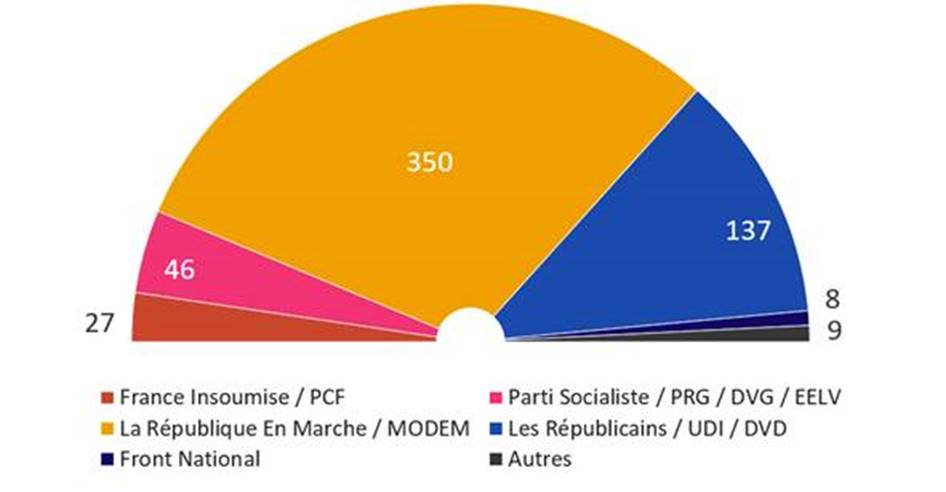 Number of seats obtained by each party (majority = 289 seats):