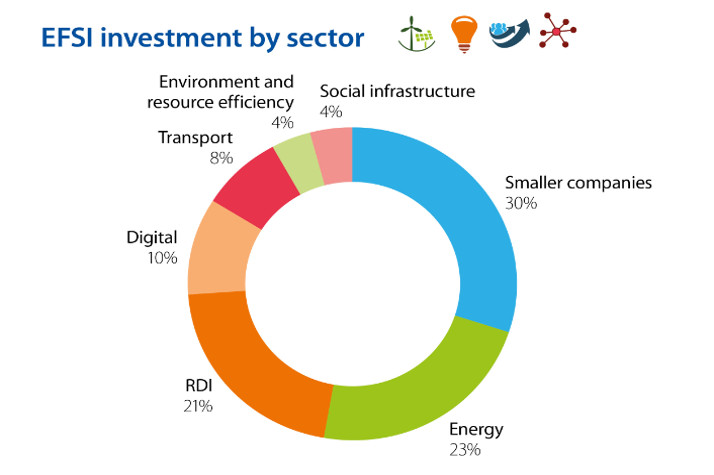 The Investment Plan for Europe is now expected to trigger more than €168 billion in total investments across all 28 Member States.

The Investment Plan for Europe is now expected to trigger more than €168 billion in total investments. This comes just two years after the Plan was launched by the Juncker Commission and represents well over half of the €315 billion target of total investments mobilised that was originally earmarked.

These figures follow last week’s meeting of the European Investment Bank (EIB) Board of Directors, which approved 14 new projects to be financed under the EFSI on the recommendation of the EFSI’s independent Investment Committee.

The Commission’s proposal to extend the EFSI (the so-called “EFSI 2.0” proposal) has already made good progress. At its December meeting, the European Council welcomed an agreement by EU Finance Ministers to give their backing to the proposal and called for the extension to be adopted by the co-legislators in the first half of 2017.