Optimism about the future of the European Union and about the economic situation is on the rise, says the latest Eurobarometer survey, which polls citizens’ views in the EU. The image of the EU and trust in institutions are also recovering.

Key trends of Spring 2017 Standard Eurobarometer have just been published. And they are good news as far as the vision of the future of the EU, the economic situation in the member states, trust in the EU and the image of the EU are concerned.

1. Future of the Union: optimism is on the rise 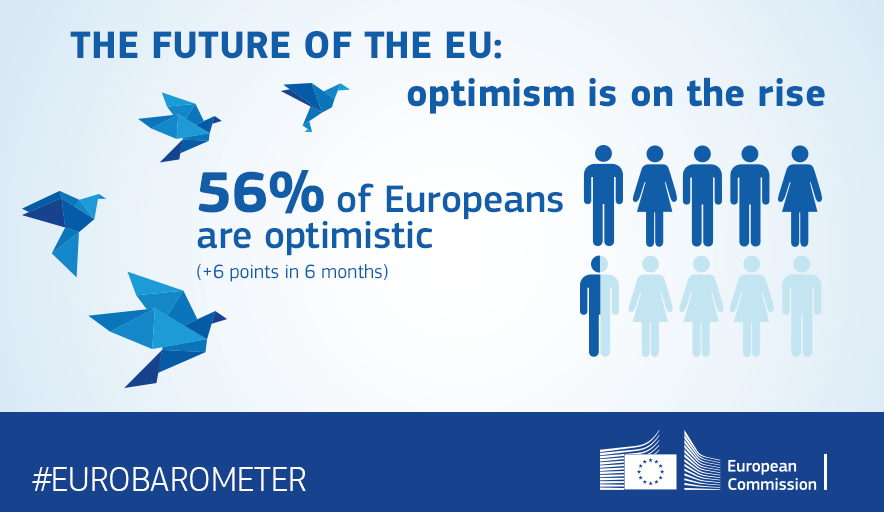 56% of people interviewed say they are optimistic about the future of the EU — up 6 points in only six months. Some countries record an exceptional performance on this question: in the last six months optimism has raised by 14 points in France, by 13 in Denmark, by 10 in Portugal, by 8 in Finland and in the Netherlands.

2. Economic recovery: 50% of Europeans think the situation is good 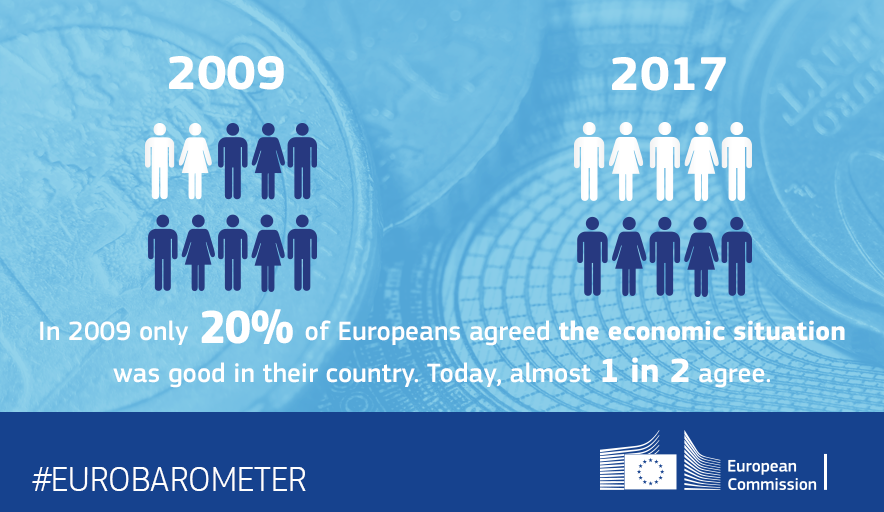 Back in 2009, only 20% of Europeans thought the economic situation was good in their country. Today, almost half of them do. These data vary across countries, but increase of the positive opinion about the economy in the last six months is recorded in countries from different regions of Europe: +19 points in Finland; +18 in Portugal; +11 in Hungary and Belgium; +10 in Poland and Sweden; +7 in France, Denmark and Estonia.

3. Image of the EU is more positive 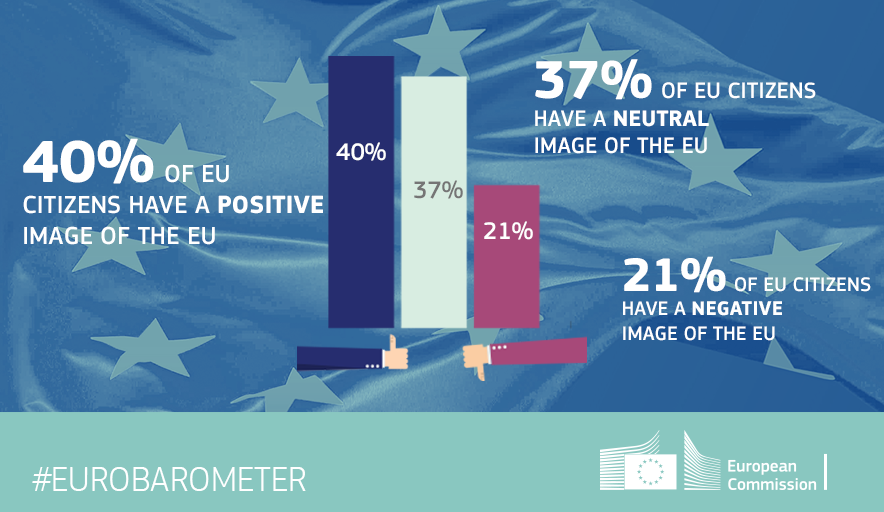 4. Trust in political institutions is recovering 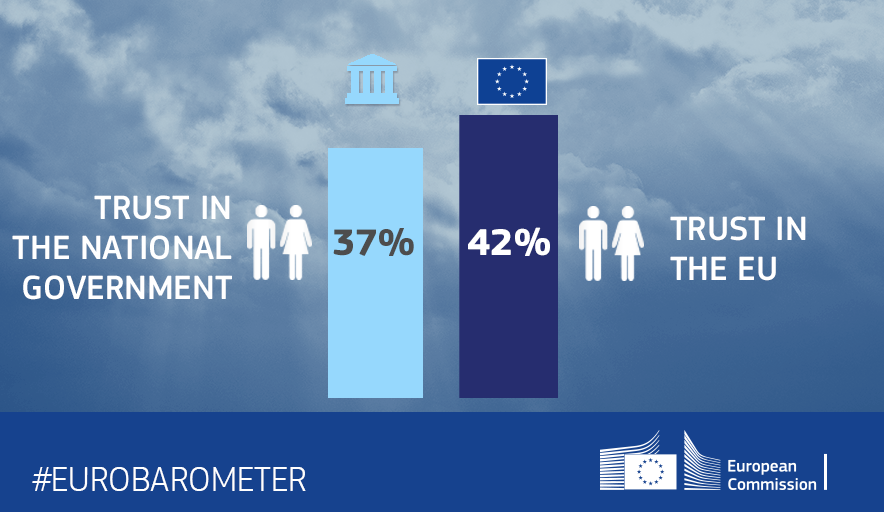 42% of interviewed citizens say they trust the EU (+9 points in one year), 37% trust the national government (+10). The trust in the EU has raised by over 10 points in France, Estonia, Denmark, Ireland, Germany, Lithuania and Luxembourg.
The first key findings of the Standard Eurobarometer Survey will be followed by more detailed reports in the coming months. 28,007 citizens aged 15+ have been interviewed in the 28 Member States between 20–30 May 2017.