CMBS trading activity resumed after the holiday break on Tuesday,  with volume picking up in the latter part of the week. In line with broader market equity gains, CMBS cash spreads narrowed three to 10 basis points up and down the credit stack in the past week.

For CMBX indexes, Wednesday’s news of retail earnings and mass of closures appeared to weigh on spreads the following day, although, overall spreads have tightened from a weekly perspective. While CMBX 6/7/8/9 AAA spreads saw minimal movement, BBB- spreads moved in by five to seven basis points.

For the month of December the unemployment rate inched up 4.7% with 156,000 new jobs added. Nonfarm average hourly earnings also rose to $26 for a 2.9% annualized gain, making it the largest annual wage growth recorded since mid-2009. Following the release of the solid jobs report Friday morning, the DOW reached another milestone by climbing within half a point of the elusive 20,000-mark. The 10-year Treasury yield rose to 2.417% by Friday’s close while the dollar rallied to recover losses seen earlier in the week.

In other CRE news, 2017 came with a batch of fresh store closures announced for the upcoming year as the retail landscape continues to shift towards smaller physical footprints in favor of a stronger online presence.  While retail sales growth has been trending up in recent months based on several consumer studies, sluggish holiday sales in the past quarter reflect the challenge that rising e-commerce presents a threat against traditional retailers and brick-and-mortar establishments. Macy’s, Sears, and K-Mart announced closures for over 200 combined locations on Wednesday, several of which anchor large legacy CMBS loans. In total, 17 loans totaling $2.17 billion loans may be affected by the new Macy’s closures and Sears/K-mart closings pose potential risk to $1.35 billion in CMBS across 21 loans. The full list of CMBS exposures can be found here.

The CRE and CMBS markets will be tasked with formidable obstacles in the new year as numerous changes affecting the industry take hold. Risk retention regulations will be in full force, monetary policy is still subject to various alterations, and a new administration will take over this month.  At the same time, the private CMBS sector will also grapple with increased competition as nontraditional CRE lending continues to gain more momentum. 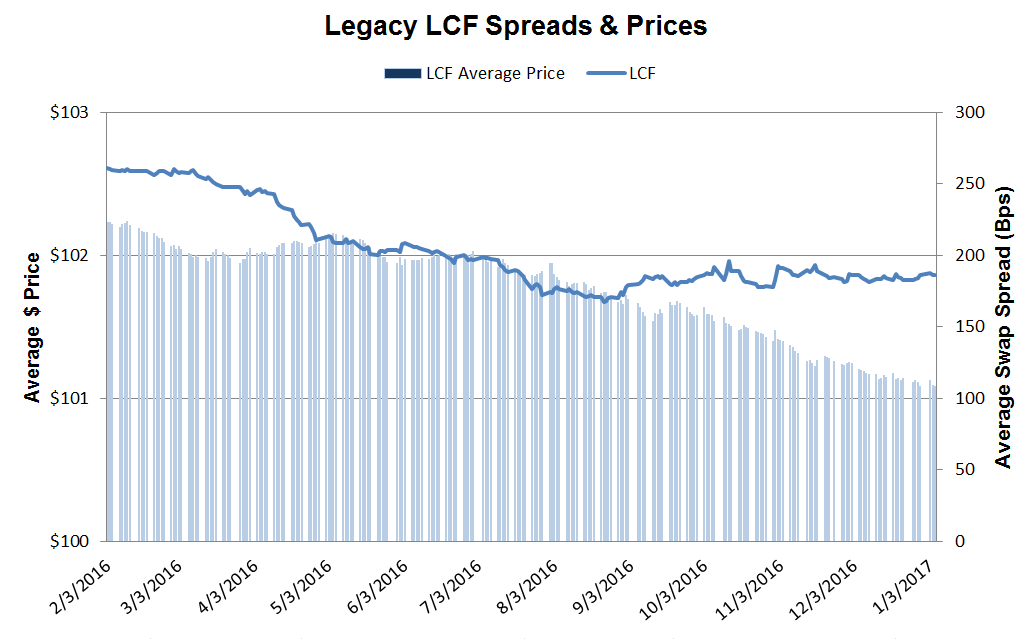