US stocks rallied Friday morning, but some of these gains pared off after Trump adopted a protectionist tone in his first national speech as the 45th president of the United States. While Trump’s inaugural address continued to fuel investor concerns regarding future trade policies, overall US equities ended the day on a positive note. Despite the release of relatively strong 4Q earnings results by several major banks, the Dow and S&P finished the week with some minor losses, while the yield on the 10-year Treasury climbed to 2.48%.

Secondary trading activity coming out of the holiday weekend was light to moderate in the last three sessions. For the week, CMBS cash spreads tightened across the board as the limited supply continued to put a check on current spread levels. Spreads for the CMBX 6/7/8/9 series were largely unchanged at the top of the credit stack, but moved out between two to 11 basis points for the BBB-s. On Wednesday afternoon, Trepp also reported that the CMBS 2.0 market saw its largest loss to date when the $48.9 million Hudson Valley Mall loan paid off with a loss of over 85%, forcing writedowns for CFCRE 2011-C1 to reach the original BBB- class.

Friday’s Commercial Real Esate Direct issue featured an article that highlighted the differences in how risk retention rules are being perceived by participants from varying sides of the CMBS space. While issuers generally want Dodd-Frank regulations to soften due to their stringent capital demands, many B-piece purchasers have been setting aside capital  to continue their participation in the market under the new regime. At the same time, buyers of investment-grade bonds remain positive that risk retention rules will lead to improved credit quality and ensure strong underwriting standards. 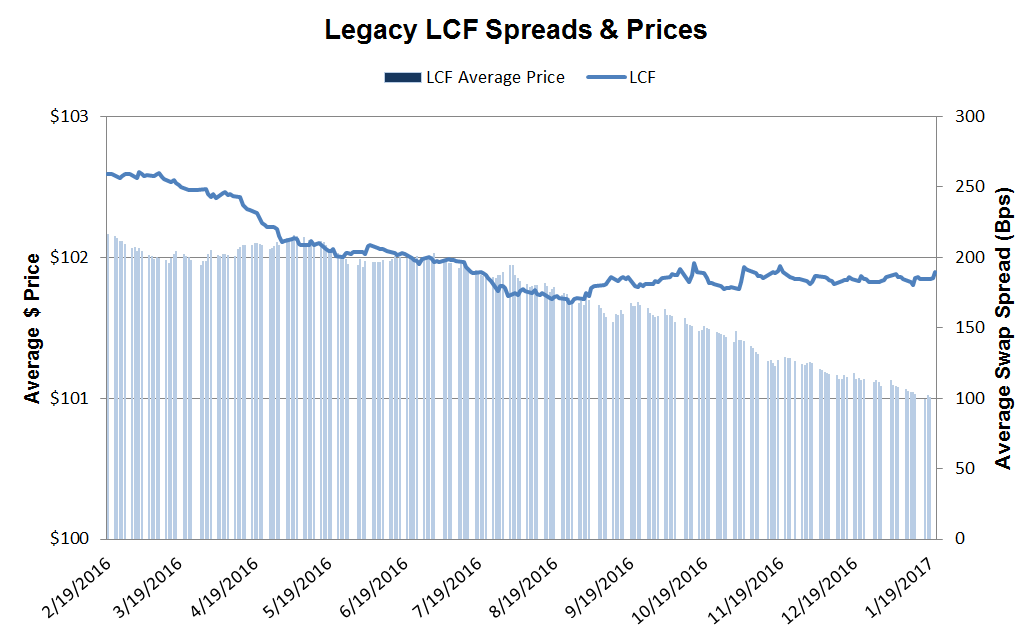