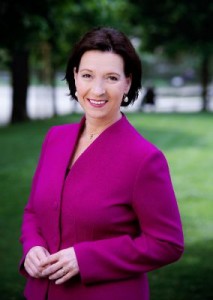 Public expenditure often has very different impacts on women and men – whether they relate to childcare, tax, daily travel or women’s and men’s health. This according to the initiative should be taken into consideration when public budgets are being drawn up. The goal is not to create separate budgets for women or women’s issues but to integrate a gender perspective into traditional budget planning.

Already in 2000 Austria decided to look at gender mainstreaming and established an inter-ministerial working group. An important milestone was to enshrine gender budgeting in the federal constitution in 2009, which obliges all levels of government to aim for genuine gender equality in the budgetary process. While doing so the budgetary resources are used as efficiently, effectively and equitably as possible.

Minister Gabriele Heinisch-Hosek, who spearheaded the initiative said: ”I am convinced that it is essential to share experiences and learn from one another.

This ground-breaking initiative has the potential to set new budgeting standards not only for the public budgeting process but also for corporate budgets. In addition to help generate gender equality the concept can be utilized to promote gender equality measures on corporate level by obliging companies to increase the number of women in top management positions or to publish regularly income reports.