On October 6, 2016, the European American Chamber of Commerce in New York was honored to welcome the EU Chief Negotiator, Ignacio Garcia Bercero for a discussion on the Present & Future of TTIP in the Wake of Brexit & other Election Politics.

The forthcoming 15th negotiating round of the TTIP taking place in New York at the beginning of October comes at an important moment for the negotiation: trade agreements have recently been subject to a lot of popular and political controversy on both sides of the Atlantic, and the talks are taking place against the background of a changing US administration after the November 8th elections. 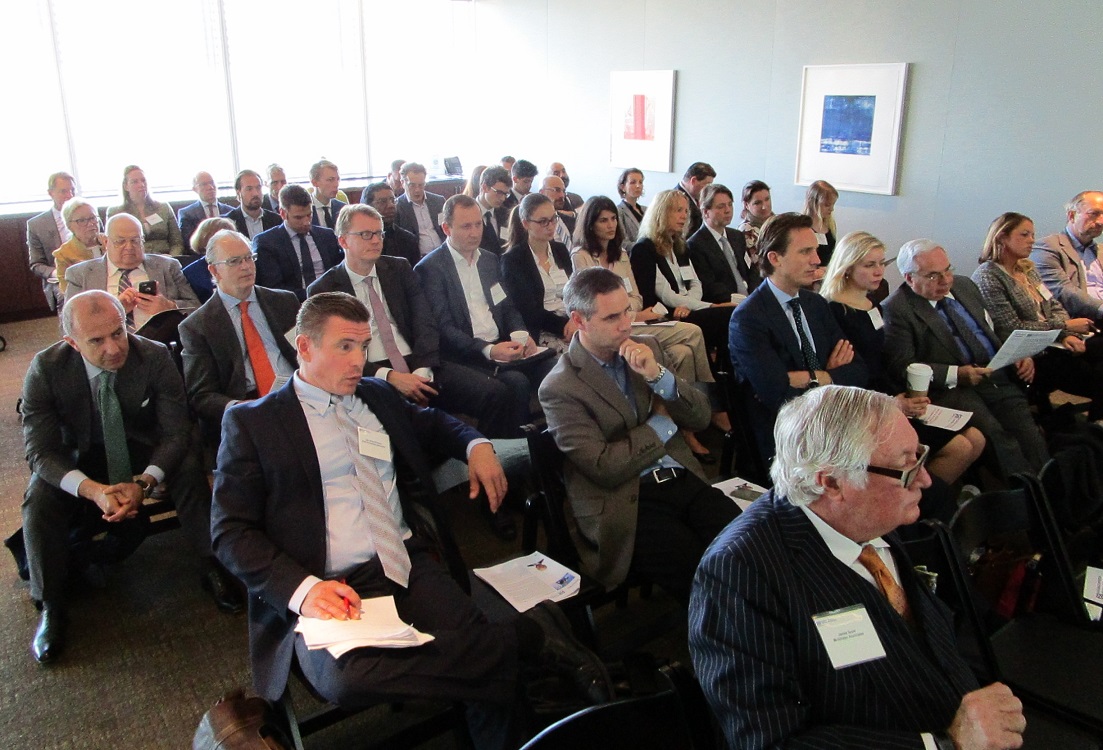 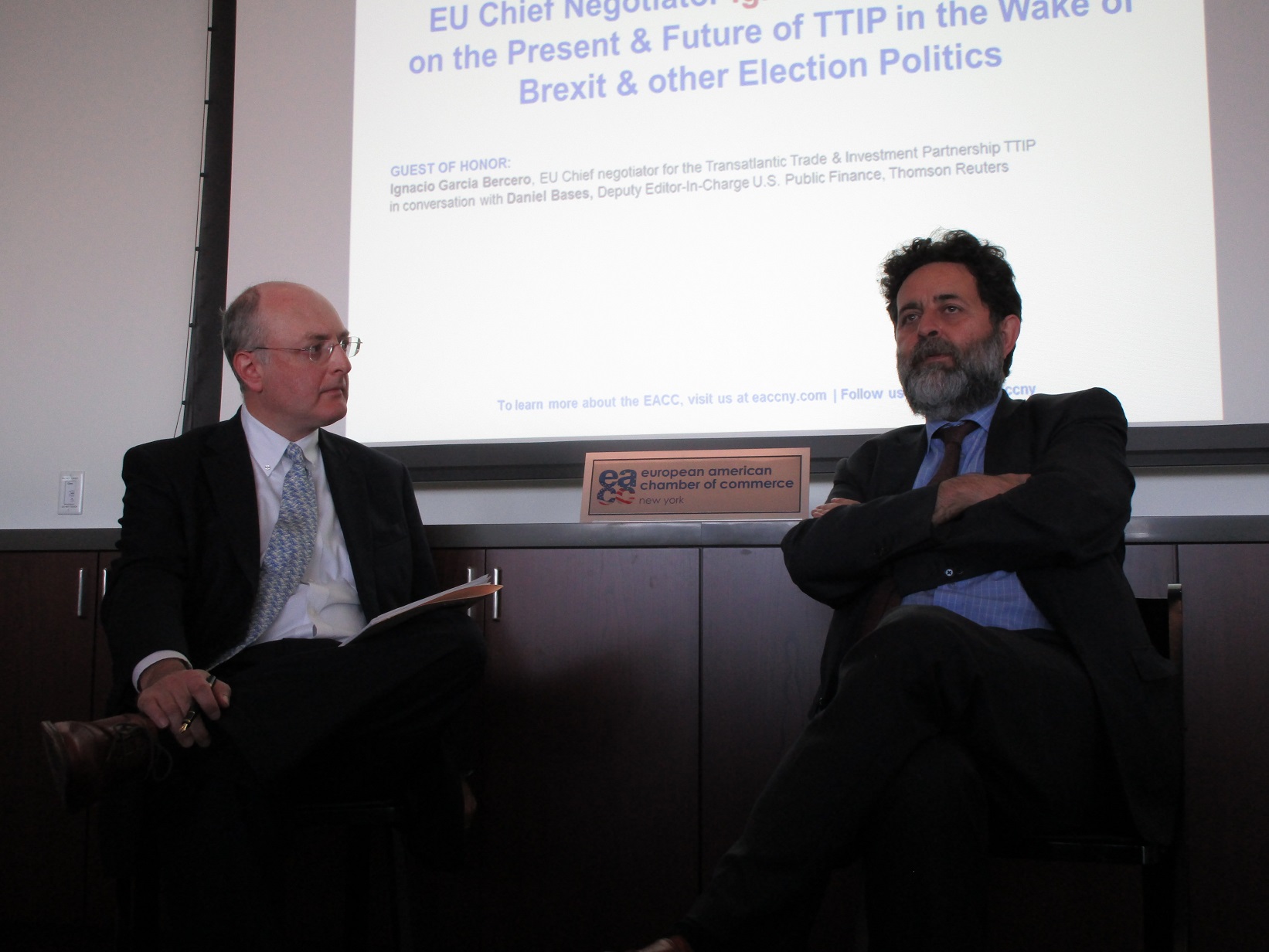 Ignacio Garcia Bercero in conversation with Daniel Bases of Reuters News shared what stage the TTIP  negotiations have reached, and what can be expected for the next months. Mr. Bercero shared insights on the status of the negotiations for various sectors such as energy, food and the digital economy and the difficulties that remain for its conclusion as well as the influence that the upcoming political cycle may have on the negotiations. 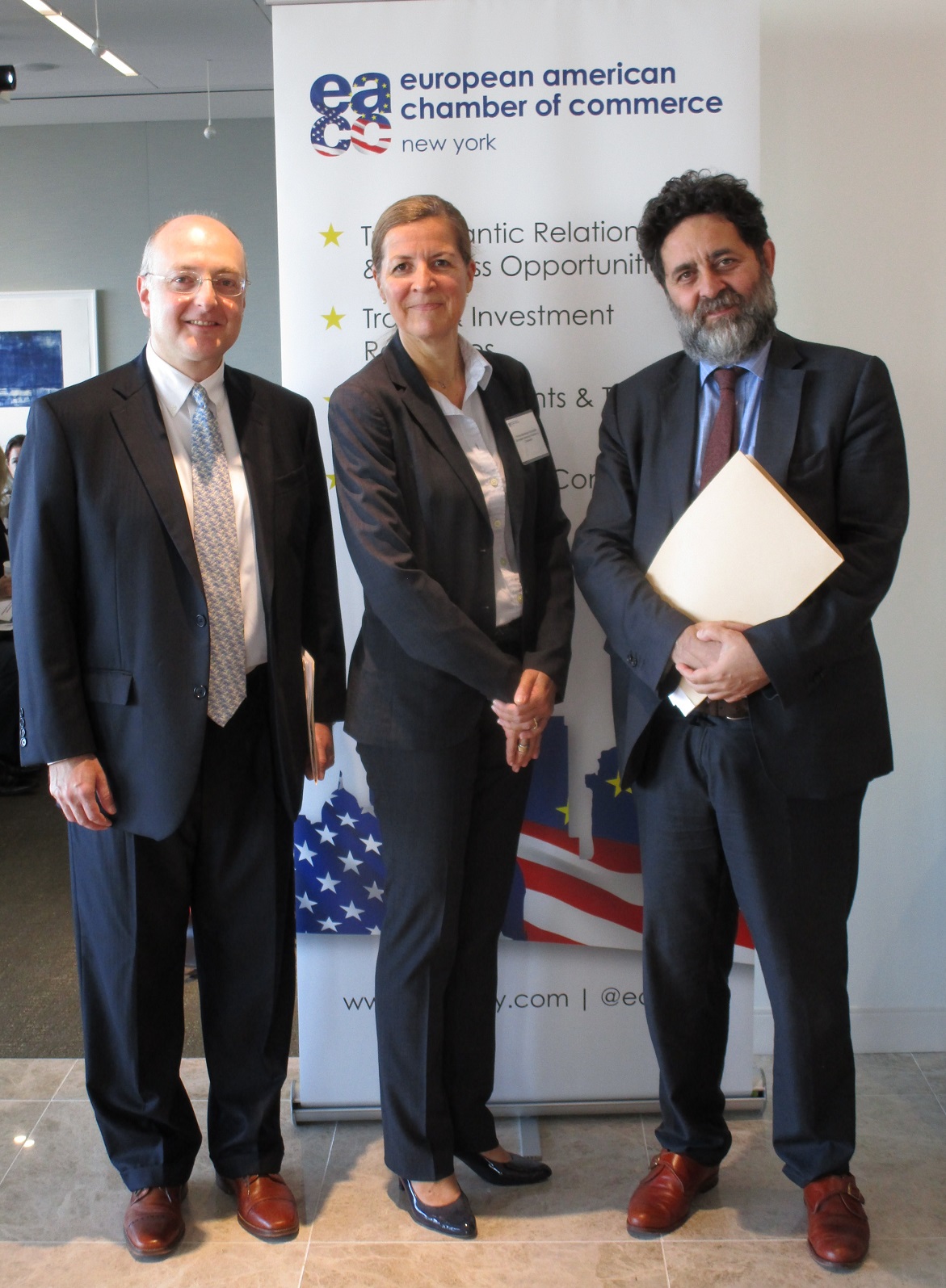 This program was one in a series of TTIP related programs the EACC has been and will be hosting in support of the negotiations for the Transatlantic Trade & Investment Partnership.

To spearhead this discussion EACC has formed a network-wide special TTIP Task Force, whose mission it is to engage the European and U.S. business community in the various EACC chapter locations to generate awareness about the Transatlantic Trade & Investment Partnership (TTIP) and the opportunities it presents to businesses on both sides of the Atlantic.