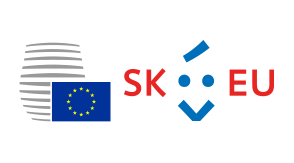 Slovakia took over the Presidency of the Council of the European Union on 1st July after 12 years of membership in the EU. The accession of Slovakia to the EU has provided the country with an important political and economic boost. Today it is at the very core of European integration and actively shaping EU policies.

The three biggest challenges for the Presidency are migration, terrorism and the aftermath of the UK referendum. The overriding ambition is to be a pragmatic and honest broker among the EU member states and EU institutions.

The consequences of the UK referendum will dominate the EU agenda in the coming months. EU will be facing difficult negotiations with the UK based on the existing legal framework.

The priority themes which will be at the forefront of the Slovak Presidency are driven by three interconnected principles:

What does Slovakia want to achieve during its EU Presidency?

The work programme established by the presidency trio attaches the greatest importance to economic issues related to kick-starting economic growth. That said, it also responds to the current and unprecedented challenges to security that stem from the migrant crisis. At the same time, the programme seeks to put forward policies in the areas of job creation, competitiveness, the Digital Single Market and the Energy Union. The programme rests on five pillars that the Council needs to address during the 18 months.

1. Jobs, Growth, Competitiveness
2. A Union that Protects All Citizens
3. An Energy Union  with a Forward-looking Climate Policy
4. Freedom, Security and Justice
5. The Union as a Strong Global Actor

Follow news and announcements of the Slovak EU Presidency here