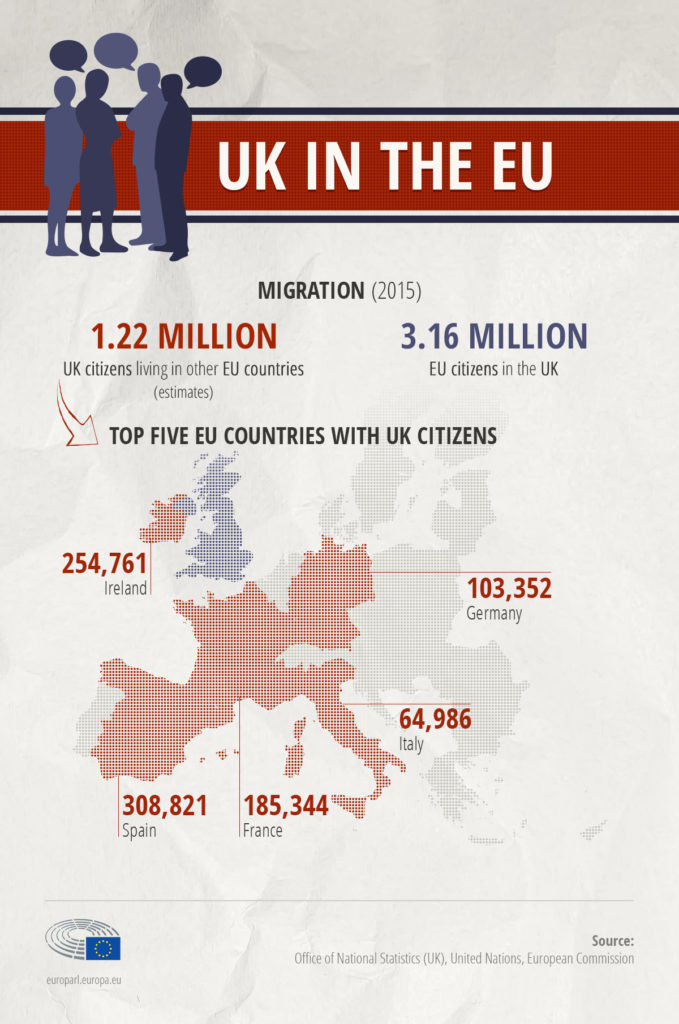 Although few of them were allowed to vote during the referendum, the millions of EU citizens living in the UK will be among those affected the most by Brexit. The EU wants to reach a deal to protect their rights as soon as possible during the upcoming negotiations with the UK. This week Parliament is holding a hearing on the situation and rights of EU citizens in the UK. Watch the meeting live online and check out our infographic for the facts.

The hearing on 11 May is organised by the civil liberties, employment and petition committees. Members will discuss with experts the issues facing EU citizens in the EU and the best ways to protect their rights.

Safeguarding people’s rights in the wake of Brexit is a priority for the Parliament, including those of Brits living in other EU countries. In the Parliament position adopted on 5 April, MEPs stressed the importance of securing equal and fair treatment for EU citizens living in the UK and British citizens living in the EU. Parliament President Antonio Tajani also brought up the issue with UK Prime Minister Theresa May during a visit to London on 20 April: “The students, workers and families are valuable members of society and deserve some certainty regarding their future.”